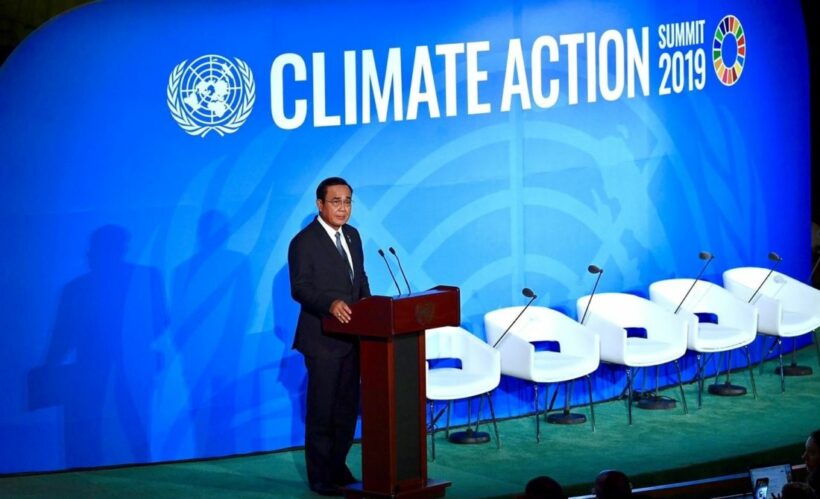 Thai PM General Prayut Chan-o-cha says the ASEAN region is committed to working with the international community to tackle the issue of climate change.

Addressing the UN’s Climate Action Summit in New York, the PM was speaking in his capacity as chair of the Association of Southeast Asian Nations.

Expressing his admiration for the UN secretary general’s efforts in dealing with the threat of climate change, the PM adds that the ASEAN region is doing its bit to reduce greenhouse gas emissions, conscious that many nations in the region are vulnerable to the fallout from climate change.

General Prayut says the region is working on energy transition and reducing the reliance on petrol, adding that energy use has dropped by 21.9% compared to 2005.

However, the PM points out that the region cannot do it alone. He says ASEAN countries will need help from the international community, adding that developed countries should provide financial and technological support, to ensure the region can achieve its energy conservation goals.

“No single country can fight climate change alone. ASEAN is ready to be a partner to the international community to carry out actions regarding climate change to ensure a sustainable climate for the current and future generations.”