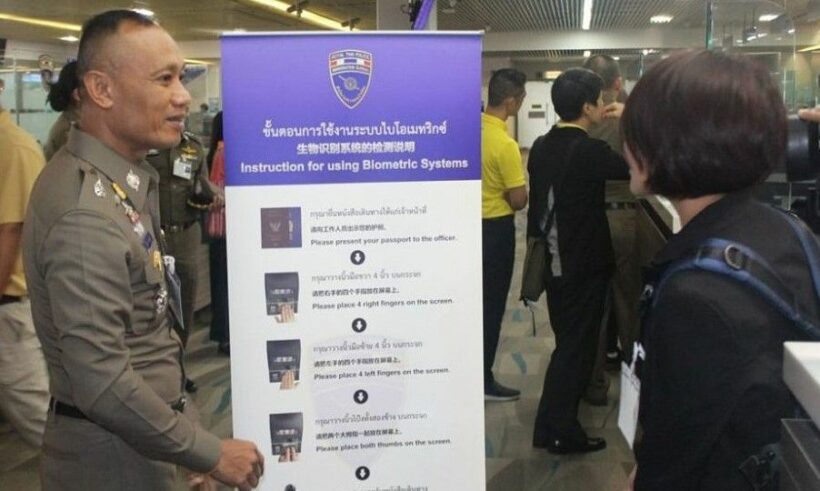 An American wanted for serious crimes in his home country has been tracked down to Hua Hin, in a joint operation involving Thai Immigration Police and Homeland Security Investigations, the investigative arm of the Department of Homeland Security in the U.S.

Thai Residents reports that the man, known only as Derrick, is wanted in the states of Virginia and North Carolina on a whole litany of charges, including possession of explosives, making bomb threats, illegal possession of weapons, DUI charges, theft, dealing marijuana, contempt of court, and obstruction of justice.

The man is believed to have arrived in Thailand in September 2014, with a visa that permitted him one month’s stay. Immigration authorities have no record of him being granted an extension of stay or any record of him leaving the country at any point.

Through use of Immigration’s biometrics system, the wanted man was tracked down to Hua Hin and arrested by Immigration Police from Prachuap Khiri Khan province.