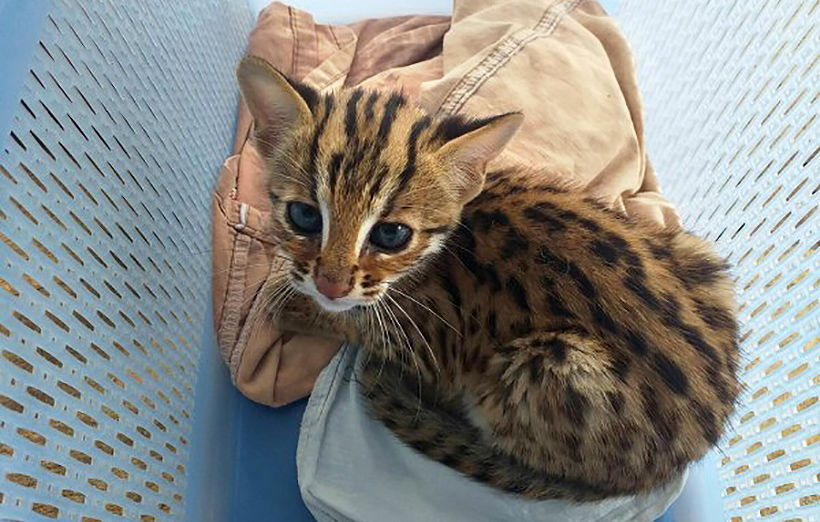 The small leopard cat kitten, found near a rubber plantation, is doing well and being cared for by Phang Nga wildlife nursery staff. It is not known what happened to the kitten’s mother.

It was rescued on Monday near a rubber plantation in Krabi province by a Ban Pho Riang resident. The surprised passerby who found the the kitten fetched called officials at the Khao Phanom Bencha National Park.

They turned the Leopard Cat over to the Phang Nga wildlife nursery for care as it is still very young. Park chief Neramit Songsaeng says the cat will eventually be returned to the wild.

He said that leopard cats are a protected species by law and are listed in the Convention on International Trade in Endangered Species of Wild Fauna and Flora among the most endangered animals, and as “critically endangered” by the International Union for Conversation of Nature and Natural Resources.

Officials say that Leopard Cats are not suitable as a domestic pet. 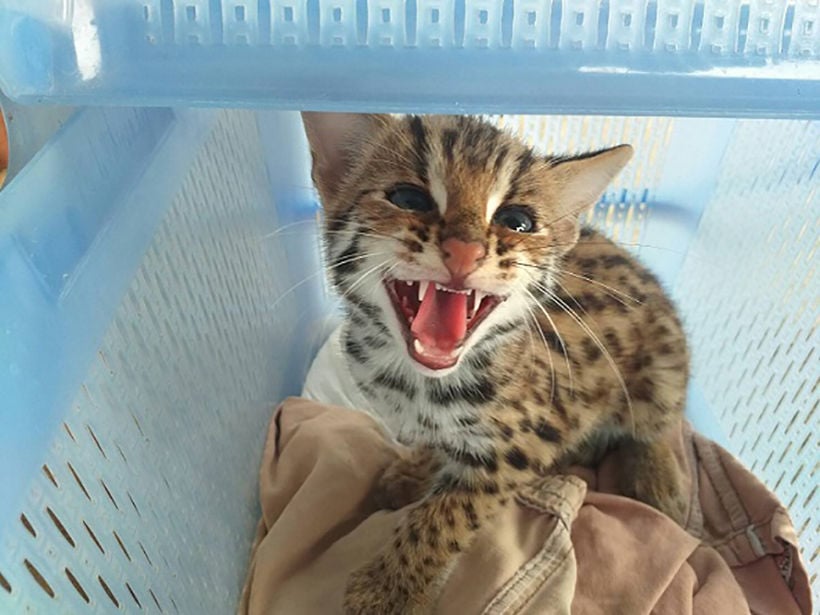 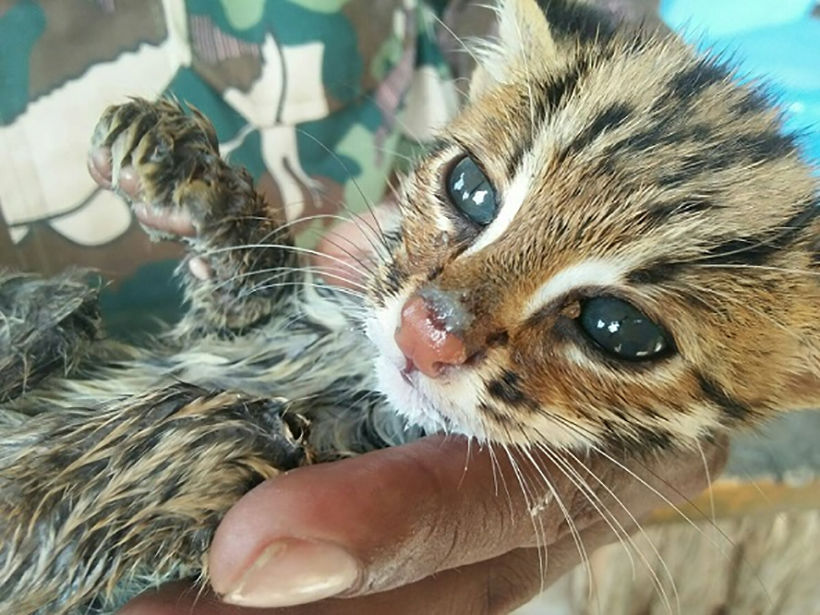