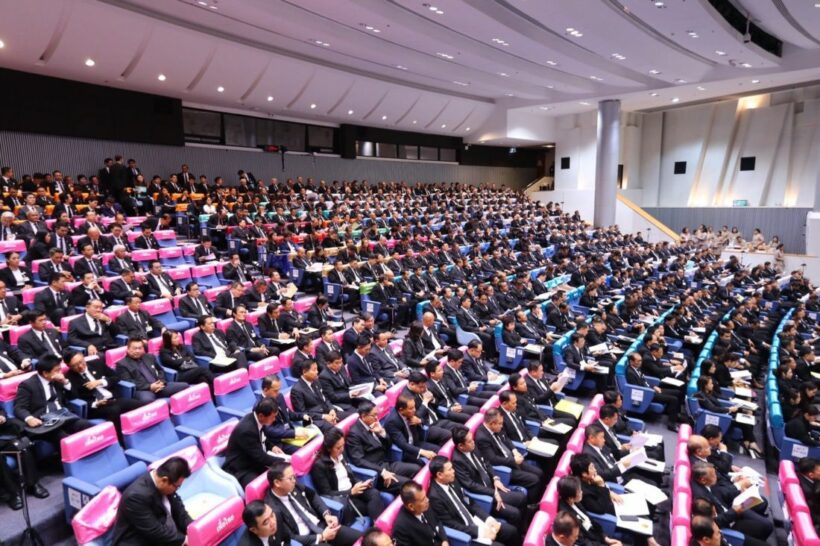 Security is tight around Bangkok’s TOT building for today’s first sitting of the new Thai parliament.

Four companies of policemen from the Metropolitan Police Division 2, police dogs and officers from the Thung Song Hong police station have been stationed at the HQ of the TOT, the venue for today’s government policy debate. Explosive ordnance disposal police backed up by police dogs patrolled around the Building 9 where the auditorium is located.

The TOT officers are being used as a temporary home for the new parliament whilst the long-awaited new parliamentary buildings are still under construction.

Vehicles which started arriving at 7.30am were checked by security officials. The day’s proceedings started at 9.30am. A team of commando police and a water canon truck were also deployed to be on station behind the building in case protesters turned up to disrupt the first sitting of the new government.

All reporters were required to sign a book and all people were told to walk past the bomb detecting equipment. Many MPs and senators as well as Cabinet members came to the building early with Finance Minister Uttama Sasvanayana, Deputy Interior Minister Niphon Bunyamanee and Deputy Agriculture Minister Thammanas Phromphao arriving at 7.30.