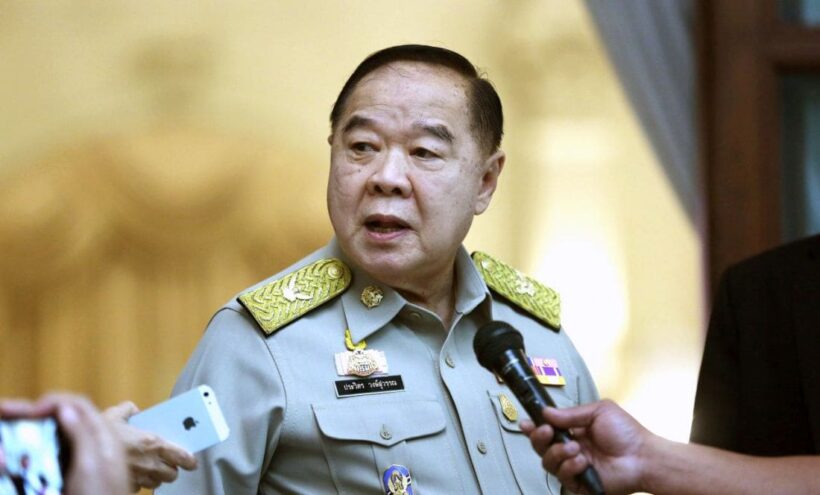 Thailand’s Deputy PM General Prawit Wongsuwan is hosing down speculation that there could be another coup after the March 24 general election if the votes don’t support the pro-military parties.

Responding to questions about his role in maintaining peace and order around this Sunday’s election, General Prawit says there is “nothing to worry about”, including the situation in the three southernmost provinces of Yala, Pattani and Narathiwat.

He says there are no special orders to officials in charge of security affairs.

General Prawit dismissed speculation that he would act as a negotiator to help form a coalition government with the pro-military Palang Pracharat party. He also said that PM Prayut Chan-o-cha had not asked him to stay on after the election.

On the eve of the election (tomorrow), most parties will hold major campaign rallies in Bangkok and in their respective political strongholds, according to Thai PBS.

It is unlikely that any single party will win a majority of the lower house seats and will need to negotiate a coalition with other parties. If no party wins a majority of lower house seats, the combined houses of parliament, which includes the military-appointed upper house, will sit to choose an ‘outsider’ prime minister which could be almost any Thai citizen.

Everything you need to know about tomorrow’s vote