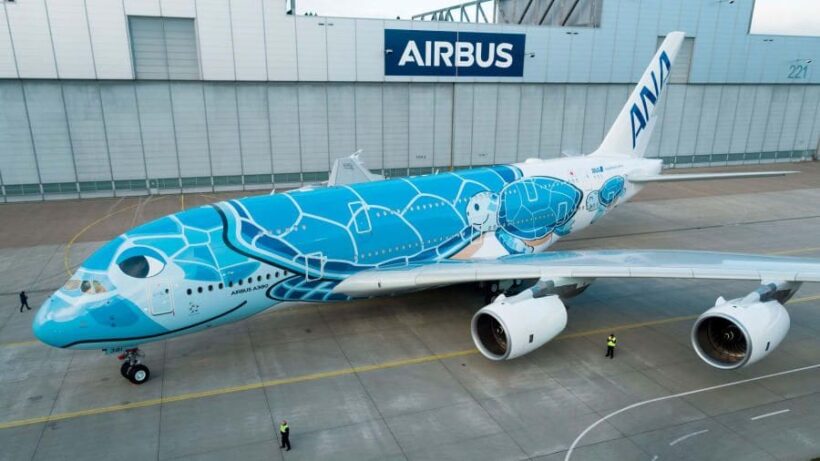 Japanese airline All Nippon Airways has just taken delivery of the first of three ‘sea turtle’ editions of the superjumbo A380 aircraft.

In May, the airline will add the “Flying Honu” to its fleet. The first of the new super jumbo double-decker jets is painted bright sky-blue and displaying a sea turtle design as a ‘honu’. Honu is the term used for sea turtles in Hawaii, this airplane’s destination.

The smart new A380 will serve the route from Tokyo to Honolulu. Later in the year it’ll be joined by an emerald green and orange turtle version of the planes.

The introduction of this aircraft is the first time that first class will be available on ANA’s Honolulu route, along with Business, Premium Economy and Economy.

The ANA versions of the A380 will carry 520 passengers.

With the arrival of ‘Honu’, ANA becomes the 15th airline to operate the A380, loved for not only being big, but also quiet and extra smooth. 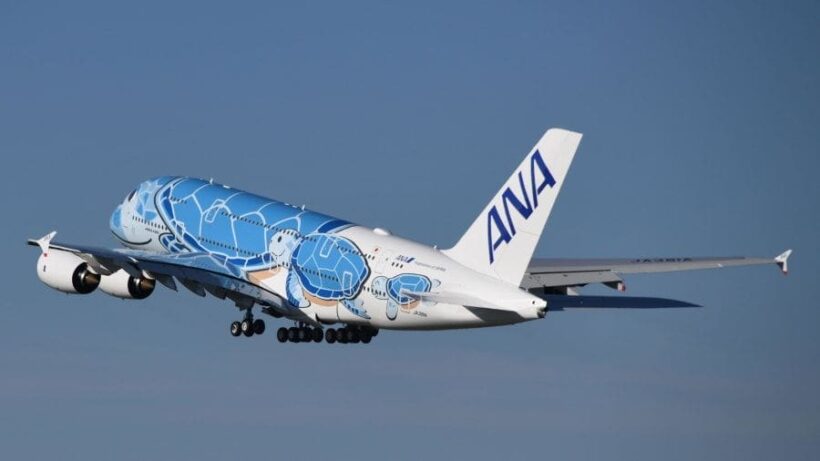 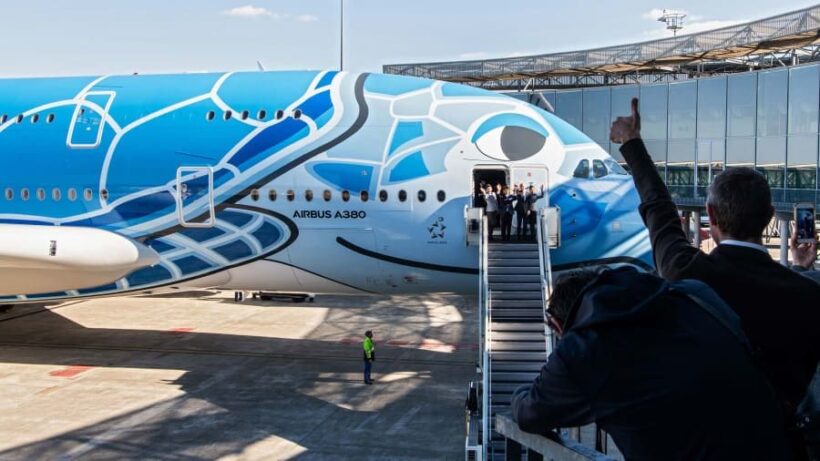 Chiang Mai ‘s tourism holds up despite smoke and smog