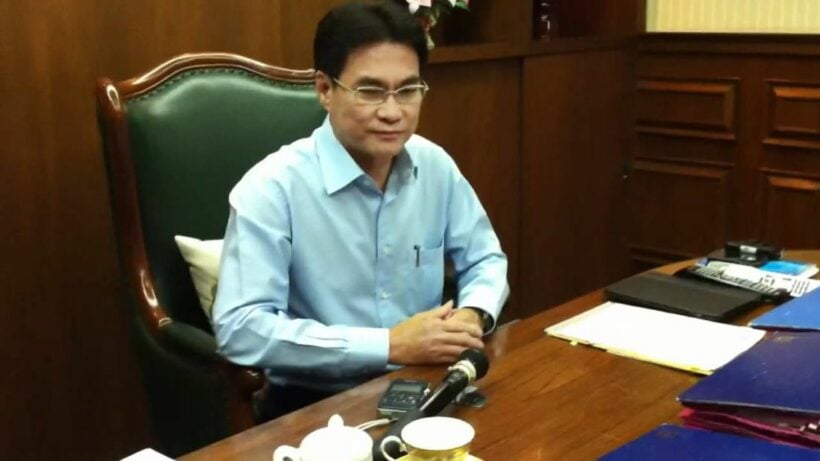 The posturing between Democrats and Palang Pracharat continues as a call for key ministerial positions by the Democrats is being met with resistance. The Democrats are threatening to pull out of a potential coalition with Palang Pracharat after cancelling a meeting yesterday where members were to decide if they’d join the pro-army alliance.

A Democrat source says that there is still disagreement over Cabinet positions for Democrats in return for their support.

Meanwhile current PM and prime ministerial candidate for Palang Pracharat, Prayut Chan-o-cha, says he must be able to vet any proposed people for cabinet positions.

The Democrats had been expected to join the coalition yesterday following reports that the PPRP had agreed to give the agriculture and commerce ministerial posts to the party as well as a deputy position to the new Democrat leader Jurin Laksanawisit (pictured above).

Democrat spokesman Ramet Rattanachaweng told the media that a meeting of members of the executive and elected MPs was hastily postponed after Palang Pracharat failed to respond to the party’s “principles for working together” document.

On Monday Palang Pracharat formally invited the Democrat Party to join its coalition. The two parties discussed the principles to work on, such as constitutional amendments and the incorporation of the Democrats’ election campaign pledges into the next government’s policies.

A source says that Palang Pracharat’s resistance to changing the current constitution and Prayut’s demands to ‘hand pick’ his cabinet were major barriers for a potential working relationship.

“The meeting, therefore, had no information to consider. This is a problem for the PPRP to fix, not the Democrat Party,” Mr Ramet said in the Bangkok Post.

Other reports from yesterday’s deliberations say that many of the smaller coalition partners have placed a stipulation that current Deputy PM Prawit Wongsuwon not be a part of the next government.

Two months and five days following the March 24 election and Thailand still has no government.