Kritsana Pattanachareon, deputy spokesperson for the Royal Thai Police, says that an initial investigation into the collapse of a petrol station being built in Thalang, Phuket on Thepkasattri Road, resulting in seven deaths, indicated that poor construction standards were to blame.

“We were informed by police from the Thalang district station that a concrete slab being used in the conversion of a building in the Sai Si Ngyen complex into a gas station collapsed, killing seven workers instantly and severely injuring two more.”

Kritsana adds that further investigations are ongoing and that the bodies have been sent for autopsy.

Police and engineers are continuing their investigations the collapse of the one-storey building under construction in Thalang district, northern Phuket. 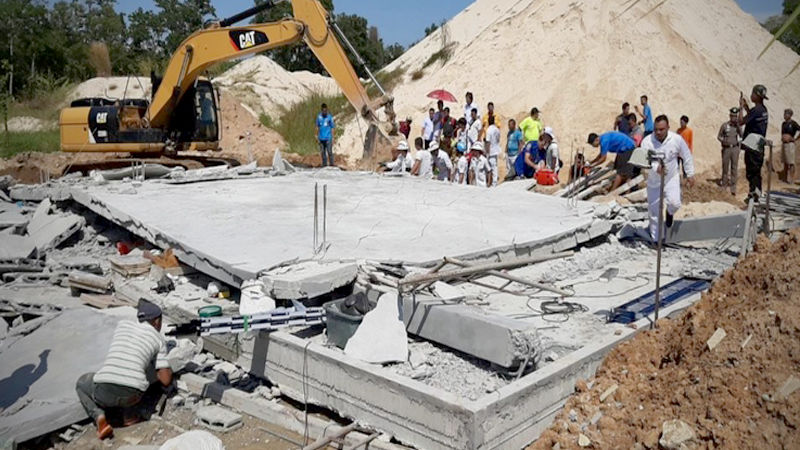 Seven workers were killed in the incident – four Thais and three Burmese – with another two injured after the structure collapsed. The bodies of all seven victims were taken Vachira Phuket Hospital in Phuket Town.

Police have already interrogated construction engineers and charges will be filed against them and the owners of the development if they are found to have been negligent in the construction project.

The search for bodies was called off just after sunset last night.

A Burmese lady, 26 year old Myo Myo Yi, and a Thai, 34 year old Jaturawit Muadsing were both taken to the Thalang Hospital for treatment following their recovery from collapsed concrete slabs.

Additional details from The Nation 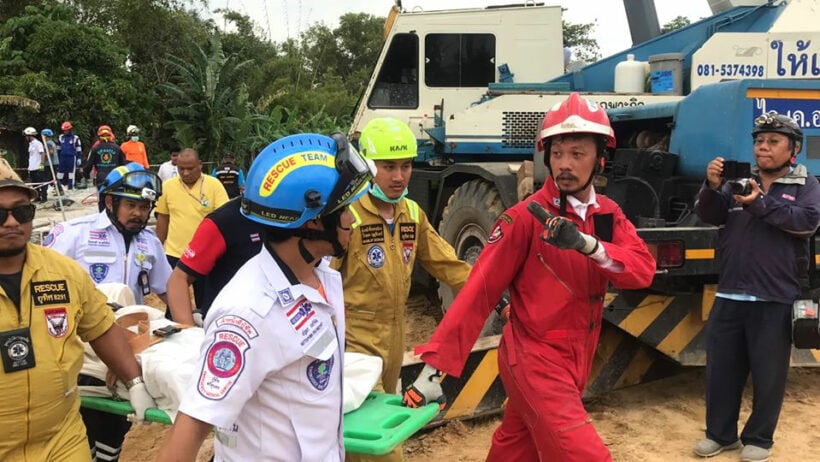 German tourist dies after being hit by parasail speedboat off Phuket