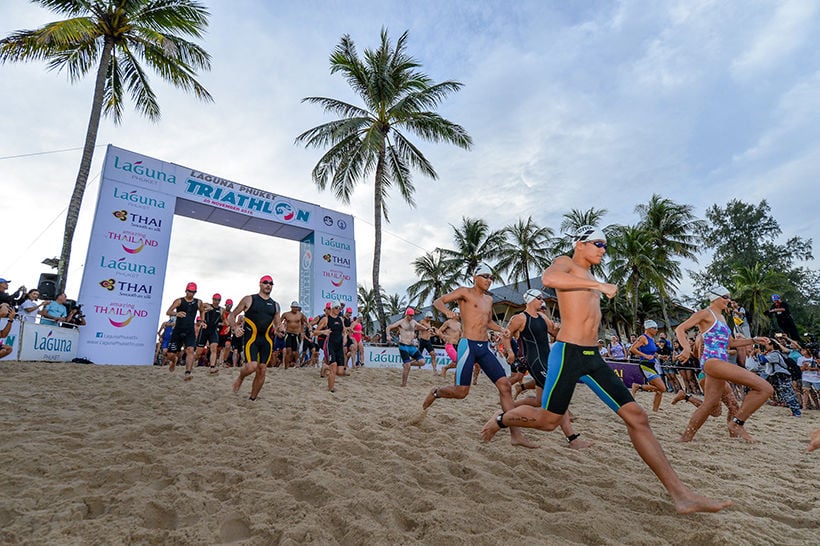 The Laguna Phuket Triathlon returns next week with a strong pro athlete line up vying for US$20,000 (605,500 baht) prize money on Sunday, November 24.

The 26th Laguna Phuket Triathlon, will comprise a 1.8 kilometre swim, a 50 kilometre bike event and a 12 kilometre run in Asia’s Laguna Phuket resort area as well as various scenic locations in Thalang District of the island, takes place on the Sunday and features the short distance race the “25 For 25 Sprint”.

The 2019 Laguna Phuket Triathlon will also see LPT Charity Fun Run on Saturday, November 23 featuring a 2 kilometre Kids run plus 5 kilometre and 10 kilometre runs and will raise funds in support of more than 400 underprivileged children in Phuket’s 7 orphanages through Children First Fund as well as hospitals in Thailand through the Kao Kon La Kao Foundation.

He will be joined by Luke McKenzie (Australia), Ruedi Wild (Switzerland) who has double LPT wins in 2012 and 2013, Per van Vlerken (Germany), and Massimo Cigana (Italy) who currently holds four-time LPT champion status.

In the women’s field, sports fans will get to see top performances by Laguna Phuket Triathlon podium veteran Imogen Simmonds (Switzerland) whose recent impressive records includes a great debut performance in Kona, 3rd in the Nice World Championship and 2nd Frankfurt’s European Championship. Simmonds will race neck and neck with Emma Pallent (UK) and Yvonne van Vlerken (Netherlands) aka. “The Flying Dutchwoman”. Beth McKenzie (USA) will also be there.

Thai triathletes will be led by Phuket-born Jaray Jearanai who holds the record as LPT’s Thai champion for 8 consecutive years (since 2011) and recently broke his own record at the World Championship in Kona. 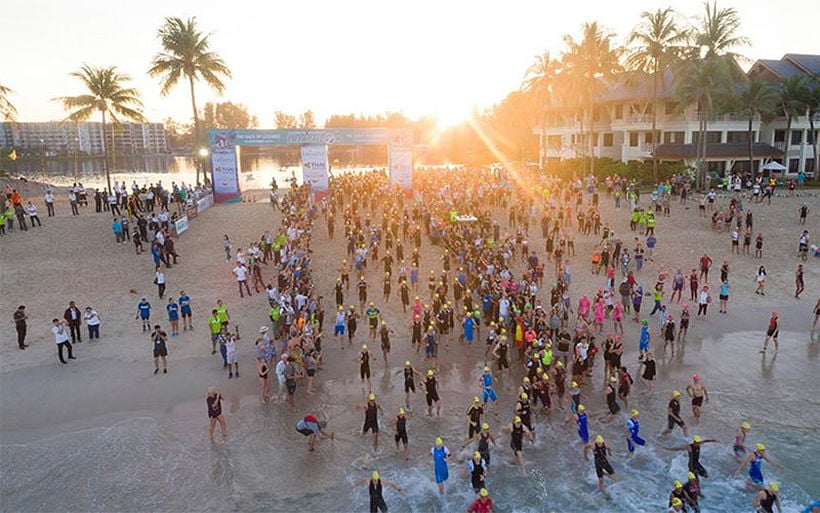