Police in Pattaya’s Jomtien district have arrested an American who allegedly caused a public nuisance at a condominium there last night. Police were notified of the incident at 11:30pm.

Officers and reporters arrived at a room on the eighth floor of the condo to find a foreign man who was “in a state of distress.” He was talking incoherently and, according to condo security, had trashed his room while screaming and yelling. While being recorded on video, he told police he had many guns and weapons, but none were found.

Police managed to arrest him without incident. Many of his possessions were damaged in the condo, including a television, which was smashed. He was taken to the Pattaya City Police Station for evaluation. 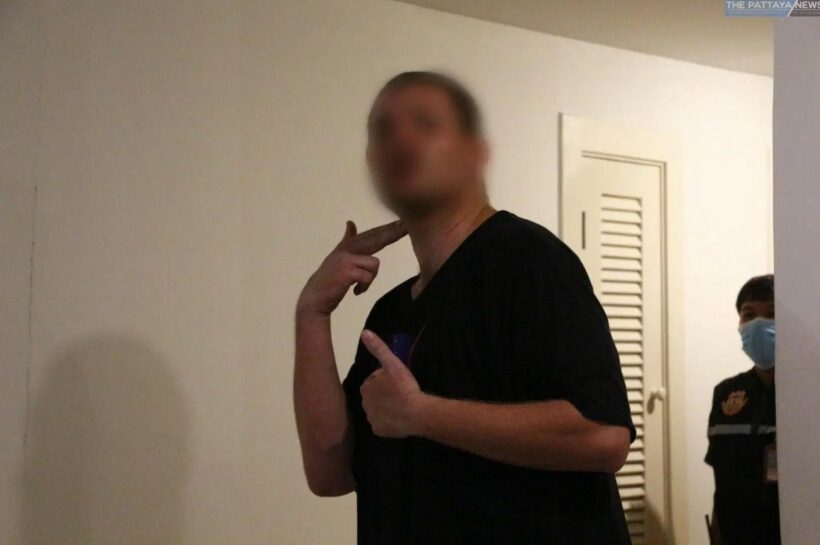 The security guard told The Pattaya News there had been several similar incidents but this time was more severe, and when the man continued to disturb other residents and refused to listen to him, police had to be called.

The man was identified as a 35 year old ex-marine who served in Iraq and suffers from severe post-traumatic stress syndrome. He’s been arrested twice before, once in an incident in front of the US Embassy in Bangkok and once in Pattaya during a public incident at a shopping mall. Police confirmed the man spent time in recovery after both incidents. 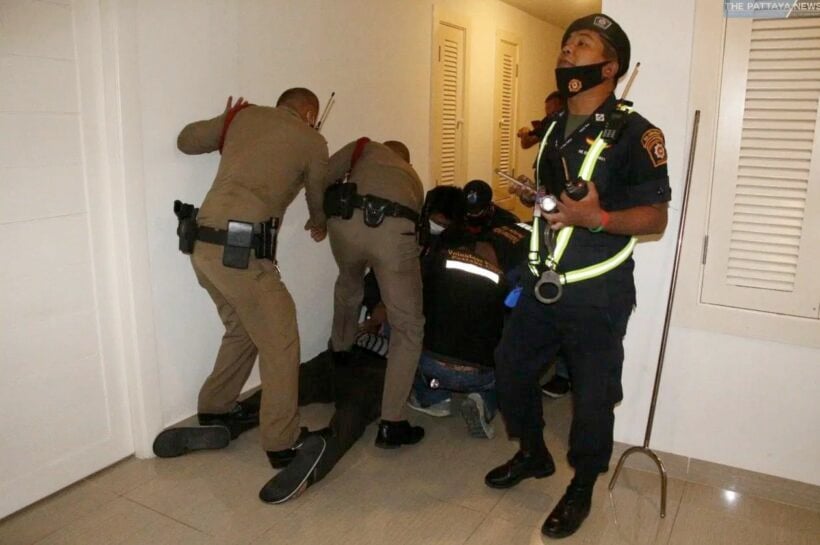 Medication used to treat mental health disorders was found in his apartment, but it appeared the suspect had not been taking it properly, possibly leading to the incident.

The man is still in custody and will likely be returned to a psychiatric hospital for further evaluation. Police say his visa will expire at the end of June.