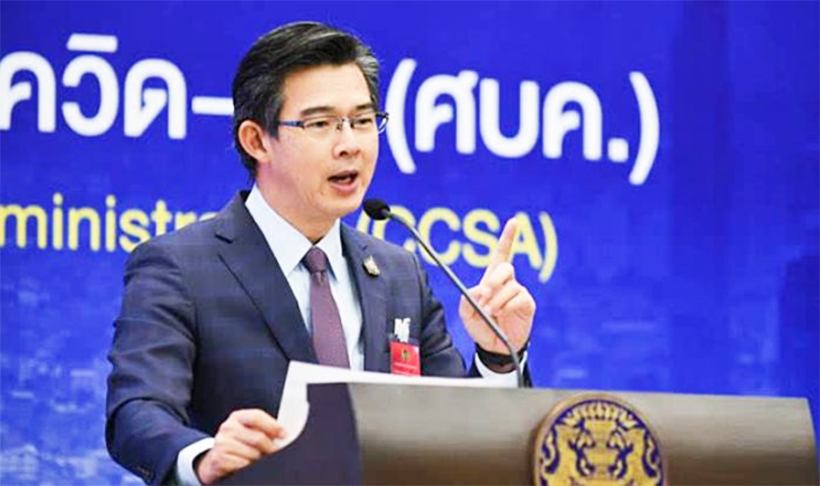 The Centre for Covid-19 Situation Administration spokesman Dr Taweesilp announced in his daily press conference that Thailand has confirmed 3 new cases of the Covid-19 virus. 2 of the new cases are classed as “imported,” as they were found in a state quarantine facility among repatriates from overseas.

Of the imported cases, 1 was a 25 year old old Thai man who returned from Egypt on May 8. He was sent to a facility in Chonburi and reported with high fever and diarrhea. He was discovered after a second test on Wednesday.

The other imported case is a 43 year old Thai women who travelled from India on May 9. She was reported with symptoms such as high fever and headaches and tested positive on Thursday

Dr. Taweesilp says the local case is a 49 year old Italian man, an engineering manager, who travelled from China to Phuket mid-March, living in Cherng Thalay, Phuket. He was diagnosed yesterday when he went to a hospital to get approval to travel back to China with his 2 children aged 10 and 15. The children have tested negative.

He brings the total of confirmed cases in that southern province to 226 since the outbreak began. Chon Buri province has had 0 cases for 29 consecutive days, and Pattaya is 10 days ahead with 39 days without a single case.

Thailand has had a total of 3,040 cases of the Covid-19 coronavirus and a total of 2,916 cases have recovered, pushing the country’s recovery rate to 96%

No additional deaths were reported and the toll remains at 56.