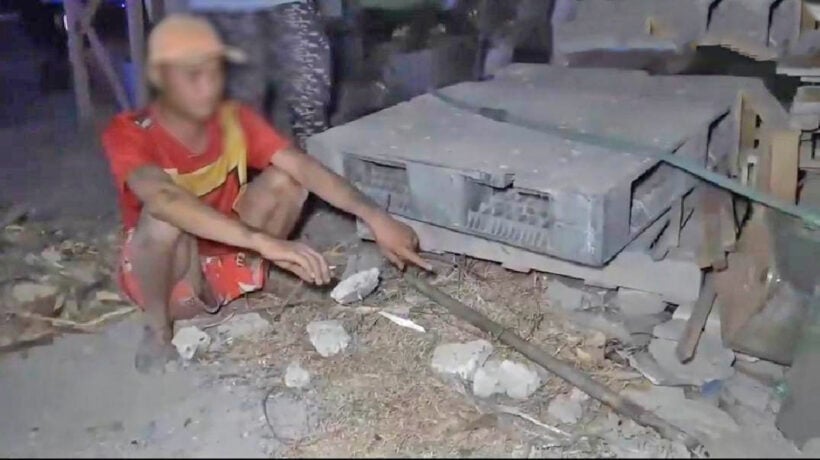 PHOTO: Somchai Lertchawa at the time of his arrest - The Pattaya News

Police in Chon Buri province, near Pattaya, arrested a 32 year old Thai man on Monday for allegedly beating his 51 year old neighbour to death with a metal pipe, after the neighbor refused to give him a cigarette. Police were informed of an incident at a home in the Map Pong sub district at 9:30pm.

Officers arrived along with reporters from the Pattaya News to discover Somchai Lertchawa, visibly drunk but waiting calmly for them, along with a crowd of shocked bystanders. He admitted to beating his neighbour to death with a metal pipe a few minutes earlier.

Police found the body of 51 year old Panya Thamwongsa nearby. He had suffered serious head injuries from blunt force trauma and was pronounced dead at the scene.

Lertchawa told police and reporters that he had been drinking with Thamwongsa and they’d passed out. When Lertchawa woke up he asked Thamwongsa for a cigarette and claims Thamwongsa rudely refused. Lertchawa became angry, picked up a metal pipe and beat the man to death.

Police are investigating the incident and Lertchawa faces charges of murder.