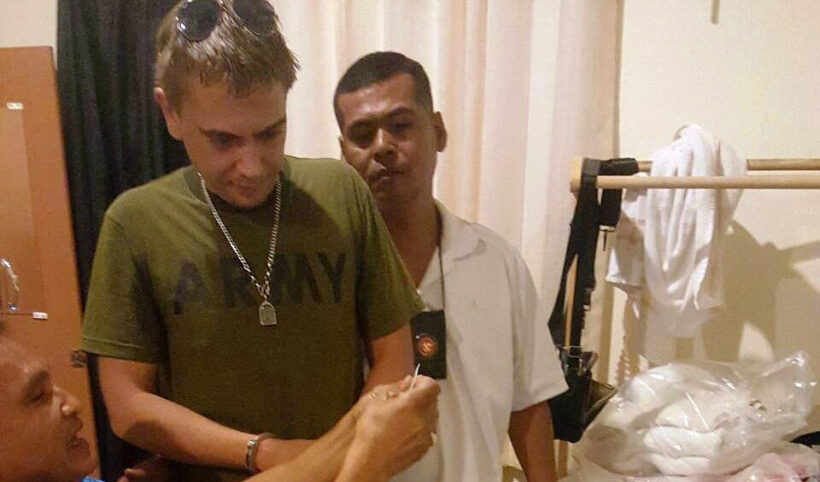 A UK national is now in custody in Koh Phangan following an arrest for for drug possession with intent to sell. The arrest followed a tip-off that a foreigner, riding a Harley Davidson around the island, was selling drugs to tourists on the island.

Police say that 36 year old Matthew Beresford was stopped after “acting suspiciously”. He was riding his Harley Davidson at the time. Police searched his room found 0.4 grams of heroin, 0.2 grams of MDMA, 51 grams of morphine and 185 grams of marijuana. None of the amounts of drugs seized were trafficable quantities.

The police charged Beresford with possessing illegal drugs. They also seized his two motorbikes, a car and 15,000 baht in cash.

Police claim the British Embassy had asked the Thai Foreign Ministry to help track down Mr Rumble. He is alleged to have committed a string of drug offences in the UK. He is alleged to have fled the UK to Thailand to avoid charges. CSD investigators found Rumble had entered Thailand on October 11 on a 30 day visa. They tracked him down to the house in Pattaya.

During interrogation, the British suspect denied the charges. He accused his former Thai wife of filing the drug charges against him. 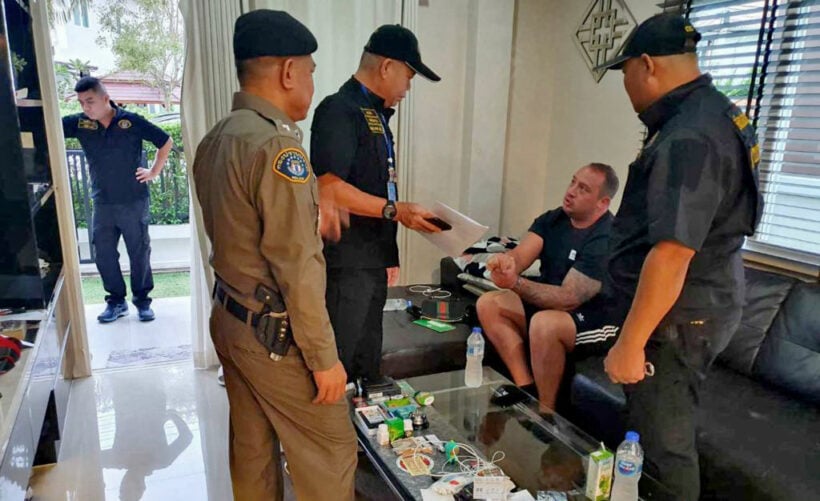 PHOTO: Mark Rumble being questioned by police in Pattaya