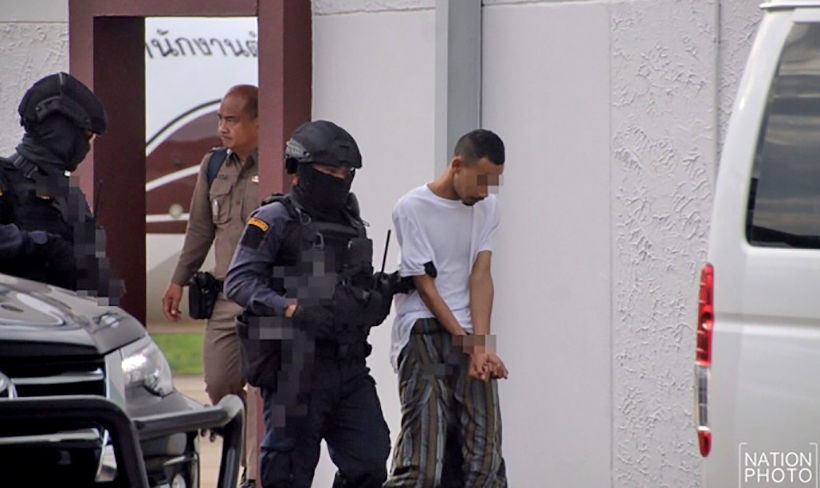 Two men suspected of involvement in the August 2 multiple Bangkok bombings have now been moved back to the capital after they were detained by police in the South.

Police flew the pair back to Bangkok yesterday, where they remain in custody at Pathum Wan police station in central Bangkok.

The two are suspects in the series of small blasts and fires in Bangkok on the night of August 1 and during the morning peak hour on August 2.

22 year old Lu-ai Zae -Ngae and 29 year old Vidal Maha from Narathiwat province are accused of placing bombs in front of Police Headquarters in Bangkok. They were arrested in Chumphon province before being transferred to Yala province for interrogation.

Authorities continue to link the bombings with the southern insurgency.

Father, mother and child found dead in back of car in Pathum Thani