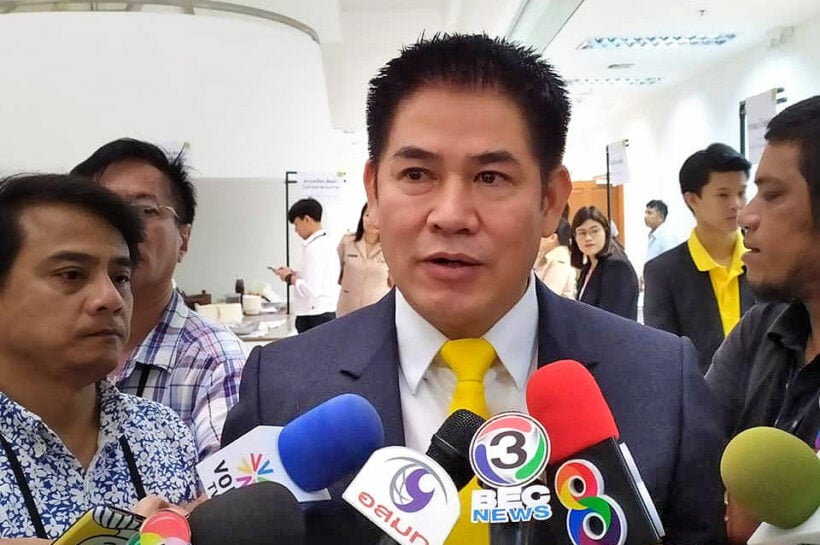 Nine disaffected smaller parties in the governing coalition, who earlier threatened to break away to form an independent opposition bloc, have been convinced to stay in the Palang Pracharat coalition and have vowed to support the government.

Ten single-MP parties showed signs of a rift after eight of them yesterday didn’t show up at a restaurant meeting arranged by a member to discuss their current role in the new government. The change of heart leaves the leader of the dissident Thai Civilised Party, Mongkolkitti Suksintharanont, as the only dissident in the independent opposition bloc.

They were supposed to meet with Mongkolkitti for a news conference yesterday to announce the formation of the independent opposition bloc. But earlier they met with controversial Deputy Agriculture Minister Thammanat Prompao, the Palang Pracharat party’s strategic chief for the northern region, who had been assigned by PM Prayut Chan-o-cha to convince the nine small parties to stay in the coalition.

They were seen holding hands with Thammarat and proclaiming their loyalty to PM Prayut after the meeting.

Thai PBS reports that, over the weekend, the smaller parties (basically single member MPs) felt they had been ignored by Palang Pracharat, the core party in the coalition, when they were denied any ministerial portfolios or any political appointments.

Pichet Sathirachawan, the leader of Palangdham Mai, announced after the meeting, that the smaller parties could have bargained for a ministerial post, but they had not “for the sake of the country.”

Pichet claimed that the recent move by his party and four other smaller parties to form an independent opposition block was intended to send a message to the government about their demands and the response was positive.

For instance, he said he had asked for the post of the chairman of Thai Trade Representatives, but this was not possible because he would have to resign as an MP as required by the Constitution. Since he could not assume the post himself, he will send a nominee to hold the post, said Pichet.

Thammanat, meanwhile, says that the smaller parties will be given political appointments for their support of the government. Since the MPs are reluctant to relinquish their MP status, they will send their nominees to assume those posts on their behalf. He says he expects the cabinet to endorse another batch of political appointees from the smaller parties at its meeting on August 20.