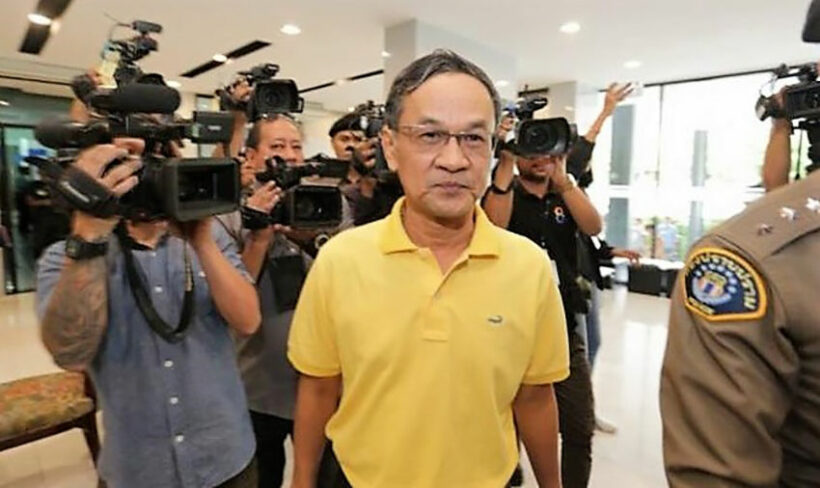 The former head of the National Office of Buddhism has had his appeal against a 20-year sentence in a corruption case rejected by the Appeal Court for Corruption and Misconduct Cases. Phanom Sornsilp is currently serving a total of 94 years for the misappropriation of temple funds in multiple cases brought against him.

The court also upheld the 20-year sentence handed down to his accomplice, the former director of the Office of Temple Renovation and Development and Religious Welfare, Wasawat Kittithirasith.

Lesser sentences being served by 2 other accomplices were also upheld. Jetsada Wongmek is currently serving 6 years and 8 months for his role in the embezzlement, while Charin Mingkwan is serving 20 months. Phanom and Jetsada were ordered to repay a total of 12 million baht to the National Office of Buddhism, with Wasawat and Charin ordered to repay 3 million baht.

Phanom was arrested, charged and sentenced after it was revealed that he and his accomplices were arranging substantial funds for temple renovations on condition that 75% of the funds be returned to them under the table. Money was handed out, not just for repairs and renovations, but supposedly to cover attendance at study courses and religious festivals. When abbots at the beneficiary temples returned the bulk of the money to Phanom and his co-conspirators, they kept the funds for themselves.

In May of this year, the Central Criminal Court for Corruption and Misconduct also found Phanom guilty of embezzling an estimated 50 million baht that had been earmarked for temples in the central province of Nonthaburi, during 2013 and 2014. He was sentenced to a further 52 years, taking the total time behind bars to 94 years.

Police confirm over 30 protesters from both sides face criminal charges