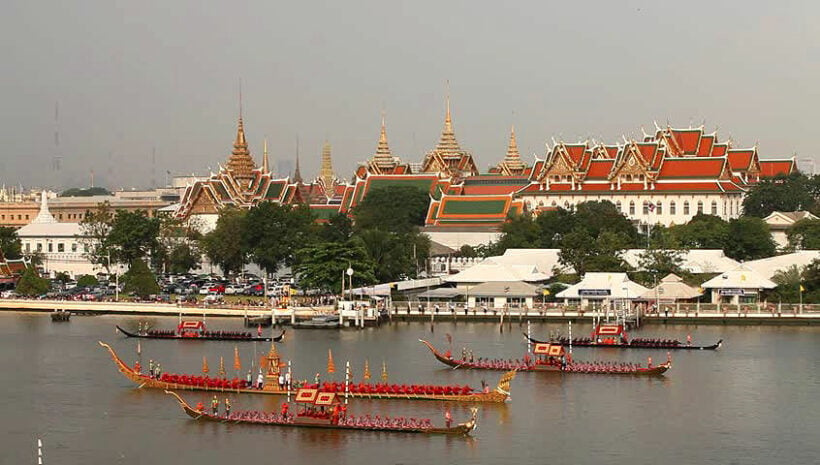 The royal barge procession will be on October 24, 2019. It will start at the Wasukri Landing, near the National Library, and proceed to Ratchaworadit Pier.

The building they are housed in is affectionately called The Barge Garage by expats that have visited the museum.

Back before the Skytrain and a substantial road system around Bangkok, the Chao Phraya River and its tributaries were the most important link and method of getting in and out of the city’s canals. At the Royal Barge Museum you can get up close to eight of the country’s most unique and stunning vessels.

These boats are reserved for auspicious ceremonies and state occasions and have only made an appearance on the river 16 times in the last 65 years. Each is carved from huge pieces of teak, their prows engraved with mythical creatures, gilded in gold and intricately decorated with tiny shimmering pieces of glass. Rowed by up to 50 specially trained oarsmen, the boats leave their dry dock at festival times and important state occasions for spectacular processions along the river.

The Royal Thai Navy rehearsed the royal barge procession, which is the final procedure of the Coronation of His Majesty King Maha Vajiralongkorn Phra Vajiraklaochaoyuhua (Rama X) this year. The royal barge procession will be on 24 October 2019. It will start at the Wasukri Landing, near the National Library, and proceed to Ratchaworadit Pier.

Friday’s homegrown terror attacks in Bangkok – what we know