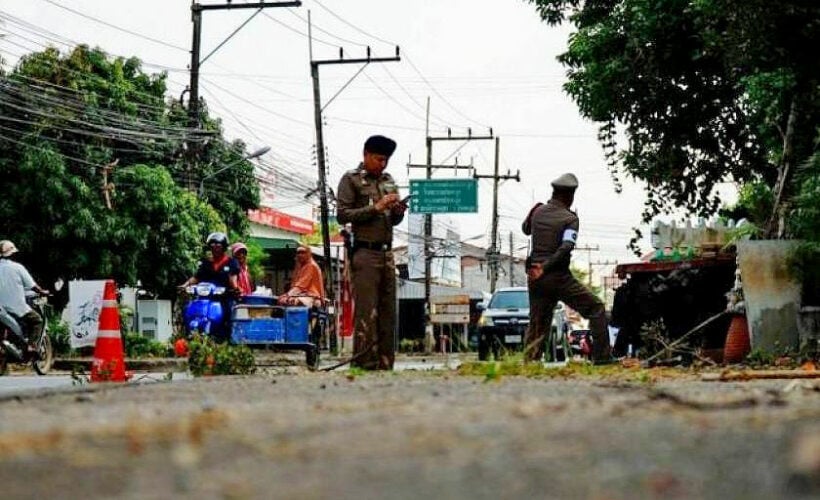 Five Army troops and rangers have been injured after southern insurgents threw pipe bombs. Security officials say the incidents happened at three locations in Yala in what appears to be a co-ordinated incident.

The commander of Muang Yala police station, Pol Col Narawee Binwaearong, says two insurgents on a motorcycle rode to a security checkpoint on the Siroros Road in Muang district and the rider threw a pipe bomb at the checkpoint at about 8.15pm. The bomb lended next to the booth and causing minor damage to the road only.

Soon after, another pipe bomb was hurled at a security checkpoint on Sukyang Road, Yala, in front of a police residential building in the main town district. Two Army troops and two rangers received minor injuries from the second attack. The four suffered ringing ears and chest pain and were sent to Yala Hospital.

Then, about 8.30pm, insurgents accessed the compound of Ban Ba-ngoi Sinae School in Tambon Ba-ngoi Sinae in Yala’s Yaha district. One threw a pipe bomb at the rangers’ living quarters. That bomb exploded on the roof of the house. Shrapnel from the bomb injured a 43 year old ranger. He was also taken to the Yaha district hospital.

Four southern islands to be closed to tourists during monsoon