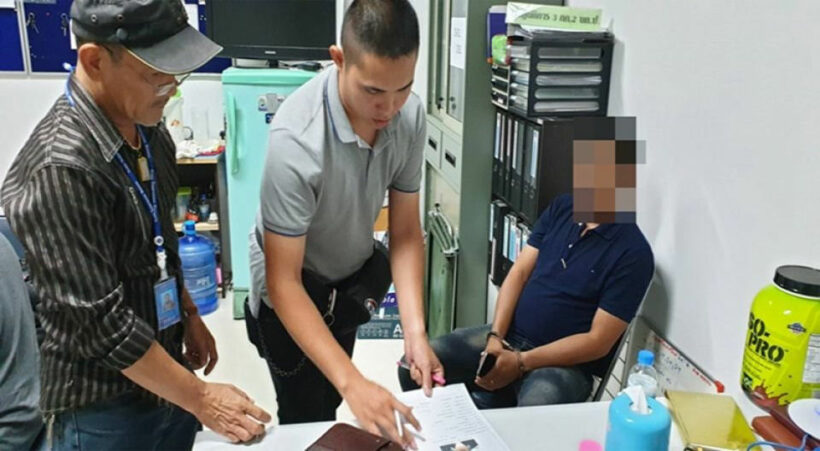 A Thai man has been arrested for breaking into and stealing from a car in Pak Kret, Nonthaburi. The crime Suppression Division say the incident happened last December.

37 year old Phop Euanjit denies the charges saying he was just the motorcycle rider after the theft when 7,000 baht of valuables were taken. The incriminating motorcycle was found at his motorbike repair shop.

The man was taken into custody at Lumpini Condotown in Lat Pla Khao Road yesterday.

TNA reports that Phop Euanjit’s mother is a doctor and his father is a deputy director at a famous hospital. He was jailed back in 2015 after being arrested for being the head of a gang that broke into cars and stole valuables in Bangkoks’ Huay Kwang, Pahonyothin, Choke Chai and Pak Kret as well as in Pattaya.