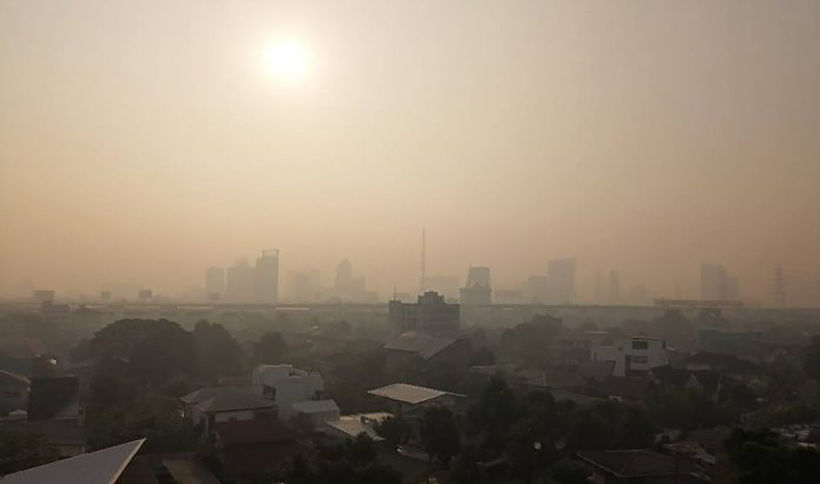 PHOTO: The morning's traffic hasn't started and the factories aren't even open - khaosodenglish.com

Bangkok awakes on Monday, even before the traffic starts choking up the city air and the factories puff their pollution into the Bangkok skies, with appalling air quality. With light winds and hot temperatures, the city is in for another bad day of air quality. Even at 6am this morning Bangkok ranked number 13 in the worst air pollution of world cities. 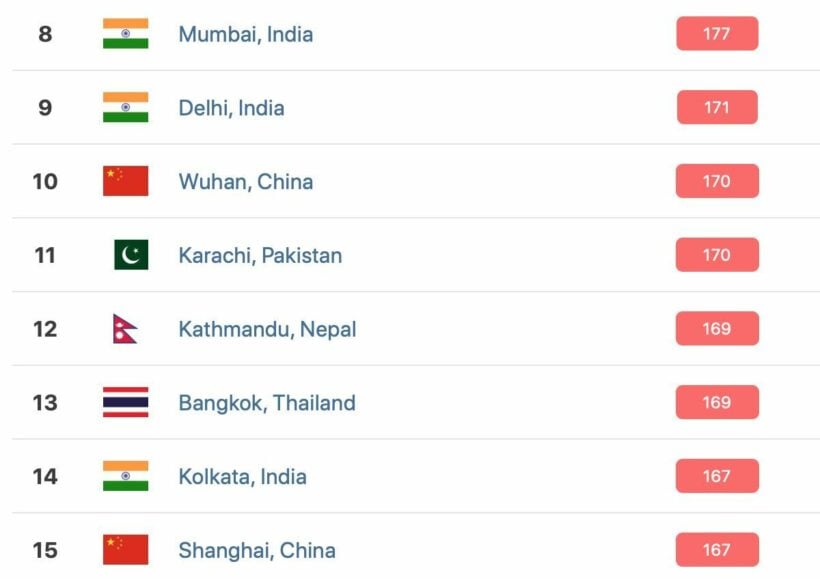 The air pollution in Bangkok worsened over the weekend with high levels of PM2.5 in all areas. Phra Nakhon district, the home of the Grand Palace on the banks of the Chao Phraya, was the worst affected. Apart from the city, the poor air quality extends down to the south-east and south-west, to Pattaya and Hua Hin, and to the west in Kanchanaburi where the readings are up to 208 this morning, four times the Pollution Control Department’s upper limit of 50 mg of PM2.5 micron particulate.

The PCD together with the Bangkok Metropolitan Administration studied the situation of particulate matter not more than 2.5 microns (PM2.5) in Bangkok and its suburbs. It reports that the amount of dust in the air overall had increased in all areas compared to Saturday. The amount of dust and smog in 46 areas was at a level unhealthy for sensitive groups (Orange) while the situation was more serious (Red) on Samsen Road in Phra Nakhon district.

A high-pressure system that covered the North and the Northeast of the country weakens while the westerly winds in the upper parts are still blowing cold air from the Himalayas to the North. Cool mornings are forecast with possible isolated patchy fog in the North and the Northeast. Mountain peaks will see cold to very cold weather. All transport should proceed with caution in foggy areas in northern Thailand. Stronger easterly winds prevailing across the Gulf of Thailand could bring more thundershowers. 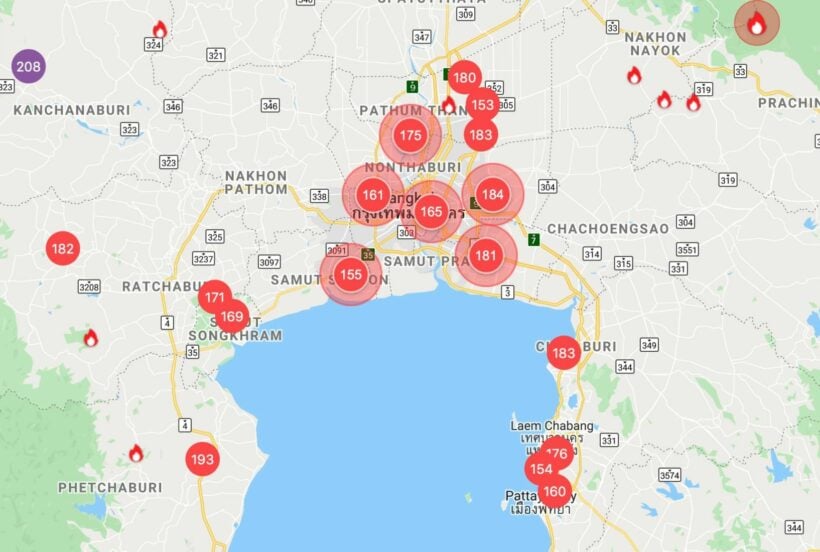