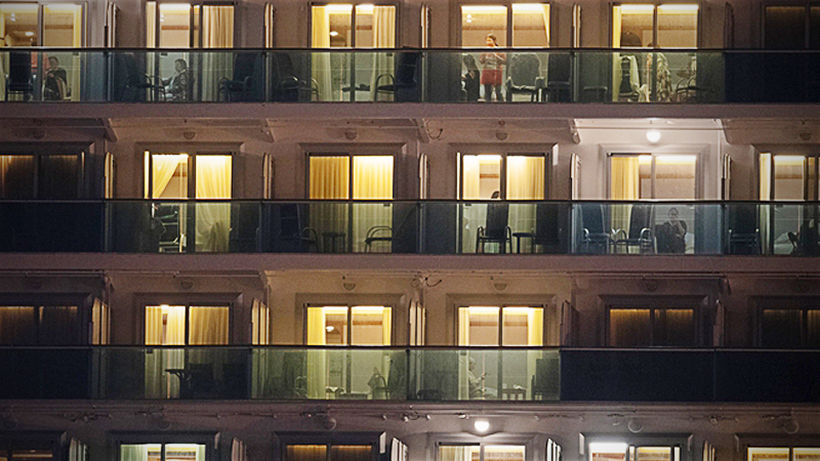 PHOTO: Passengers pass the time onboard the Diamond Princess, quarantined off the coast of Japan - The Nation

The number of confirmed Covid-19 cases aboard the cruise ship Diamond Princess has climbed to 135. Sixty-five new cases were confirmed on the ship, which has been quarantined off the coast of Yokohama since February 5. Patients showing symptoms have been transferred to local hospitals.

Authorities have allowed some of the tourists to return home. The government says there were 3,700 people on board and they are being quarantined for 14 days. Authorities confirmed that the release date for the ship is February 19.

While the death toll from the virus has surpassed 1000, all but two fatalities have been in China. Nevertheless, there is a risk on the ship to the elderly and passengers with chronic disease. As many as 80% of the passengers, around 600 people, are over 60, with 251 people aged over 80 and 11 people aged more than 90. Some passengers told the Japanese press they’ve asked the government to provide more medics.

Meanwhile, the World Dream cruise ship, which was quarantined in Hong Kong, allowed 1,800 passengers who tested negative for the virus to disembark. Three passengers on the cruise ship were found to be infected in January.