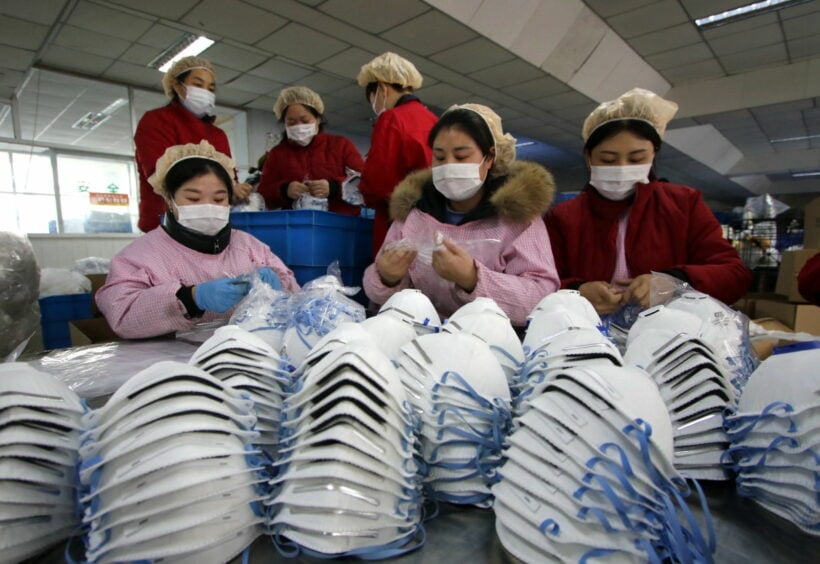 “Covid-19”. After a month and a half of being called the Wuhan Coronavirus, the Chinese Coronavirus or just boring old ‘coronavirus‘, the viral strain now has an official name. WHO chief Tedros Adhanom Ghebreyesus was speaking in Geneva. “We now have a name for the disease and it’s Covid-19,”

This morning the number of cases worldwide has reached 44,852, resulting in 1,113 deaths 4,536 total recoveries. The vast majority of the world’s cases are still in China with a recent outbreak of new cases in Japan. Hong Kong, Singapore and Thailand make up the Top 5 countries for current cases.

WHO chief Tedros said that they needed to find a name that “did not refer to a geographical location, an animal, an individual or group of people, and which is also pronounceable and related to the disease.”

“Having a name matters to prevent the use of other names that can be inaccurate or stigmatising. It also gives us a standard format to use for any future coronavirus outbreaks.”

The word ‘coronavirus’ refers to the family of viruses it belongs to, rather than the latest strain. The virus itself has been designated SARS-CoV-2 by the International Committee on Taxonomy of Viruses. Researchers wanted an official name to avoid confusion and stigmatisation of any group or country.

The latest news from around the world…

• A cruise ship carrying more than 1,450 passengers has denied permission to dock in Thailand over coronavirus fears. The “Westerdam” had already been turned away from several ports, including in Japan, Taiwan, Guam and The Philippiness. Holland America, the owners of the ship, say they have “no reason to believe” anyone on board is contagious. It had planned to dock in Bangkok this Thursday but the Thai government has “refused” permission.

“While the ship would not be allowed to disembark, Thailand would gladly help providing fuel, medicine, and food to the vessel.”

• The coronavirus outbreak will hit a peak in China this month and may be over by April. The Chinese government’s senior medical adviser made the claim yesterday in the latest assessment of the Coronavirus outbreak. His predictions include…

•  Virus peaks in February, then eases

• Numbers of new cases already falling in many spots

Speaking to Reuters, the 83 year old epidemiologist Zhong Nanshan, who won notoriety for combating the SARS epidemic in 2003, shed tears about the doctor Li Wenliang who died last week after being admonished for raising concerns over social media early on.

But Zhong Nanshan is optimistic the spread of the current outbreak would soon slow, with the number of new cases already statistically declining in some places.

“We don’t know why it’s so contagious, so that’s a big problem.”

• Health authorities are questioning how or why Indonesia has not yet reported a single case of the coronavirus, even though officials were slow to halt nonstop flights from China. Indonesia takes in about 2 million Chinese tourists a year, most of them to the resort island of Bali.

China’s consulate general on Bali says that about 5,000 Chinese tourists were still in Bali, including 200 from the city of Wuhan, the epicentre of the current outbreak.

Indonesia’s close neighbours have all reported cases, including Thailand, The Philippines, Singapore, Malaysia and, to the south, Australia.

“So far, Indonesia is the only major country in Asia that does not have a corona case. The coronavirus does not exist in Indonesia.”

Do masks do anything to help?

Using a face mask to prevent infection is popular in many countries, especially China. They are also worn to protect against high pollution levels. In both cases scientists and doctors are skeptical if they do anything to prevent the wearer from catching a virus or breathing in polluted air.

Now virologists say they doubt their effectiveness against even airborne viruses (The current Coronavirus has not been confirmed to be an airborne virus. Studies continue to examine the current viral strain’s ability to be transmitted through the air).

But there is some evidence to suggest the masks can certainly help prevent hand-to-mouth transmissions.

The flimsy paper surgical masks were first introduced into hospitals in the early 1800s but didn’t make the transition into public use until the Spanish flu outbreak in 1919 that killed over 50 million people.

Speaking to the BBC, Dr David Carrington, of St George’s, University of London, says “routine surgical masks for the public are not an effective protection against viruses or bacteria carried in the air”, because they were too loose, had no air filter and left the eyes exposed. But he says they could help lower the risk of contracting a virus through the “splash” from a sneeze or a cough at extremely close range and provide some protection against hand-to-mouth transmissions. In Australian, a 2016 study from New South Wales noted that people touched their faces about 23 times an hour.

Jonathan Ball, professor of molecular virology at the University of Nottingham, says that the wearing of face masks, properly fitted, has been a standard sight in hospitals, and mostly an effective tool, especially to prevent the spread of a disease from the patient.

“However, when you move to studies looking at their effectiveness in the general population, the data is less compelling. Tt’s quite a challenge to keep a mask on for prolonged periods of time.”

Dr Connor Bamford, of the Wellcome-Wolfson Institute for Experimental Medicine, at Queen’s University in Belfast, says (as conformed by the WHO and numerous studies) “implementing simple hygiene measures” was vastly more effective.

“Covering your mouth while sneezing, washing your hands, and not putting your hands to your mouth before washing them, could help limit the risk of catching any respiratory virus.”

Whilst wearing a face mask may make you ‘feel’ more protected, unless properly worn if it unlikely to prevent you from catching the disease. The following three suggestions are your best bet to avoid catching a flu or coronavirus, confirmed by the UK NHS and the WHO…