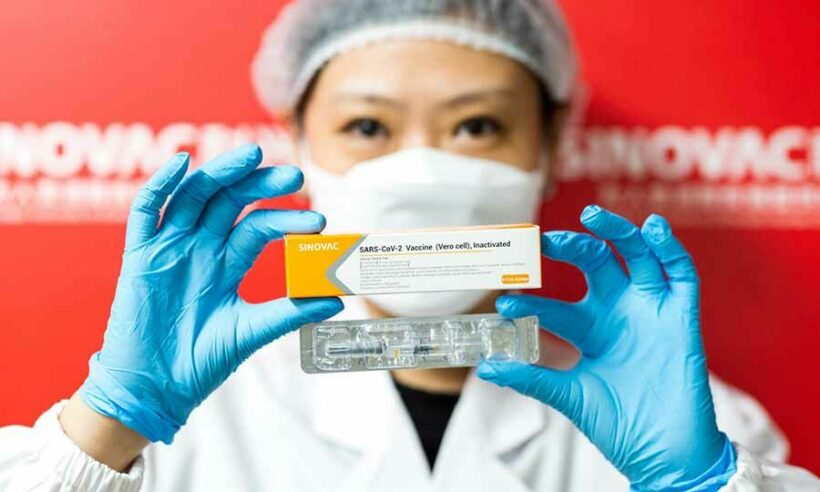 Thailand’s national carrier, Thai Airways International, is being tasked with transporting 200,000 doses of a Covid-19 vaccine from China to Bangkok, arriving next week. The CoronaVac jab from Chinese manufacturer, Sinovac, will be the first Covid-19 vaccine to be administered in the Kingdom.

Nation Thailand reports that Thai Airways flight TG675 will take off from Beijing at 6.50am local time on February 24, landing in Bangkok at 11.05am. On board will be the first 200,000 vaccine doses, out of a total of 2 million ordered by the government. It’s understood the vaccine will be transported in temperature-controlled containers and can be stored at normal fridge temperatures.

Under increasing pressure to accelerate the country’s planned vaccine rollout, Public Health Minister Anutin Charnvirakul has confirmed February 24 as “D Day” for the arrival of the vaccine. He says the Food and Drug Administration will approve the jab for emergency use, with priority going to frontline healthcare workers and other vulnerable groups.

The government is also waiting for 61 million doses of the AstraZeneca/Oxford University vaccine. However, delivery has been hampered by a procurement row between the manufacturer and the EU, with AstraZeneca saying vaccine doses may be sent from a plant in Asia, instead of from Italy as originally planned.