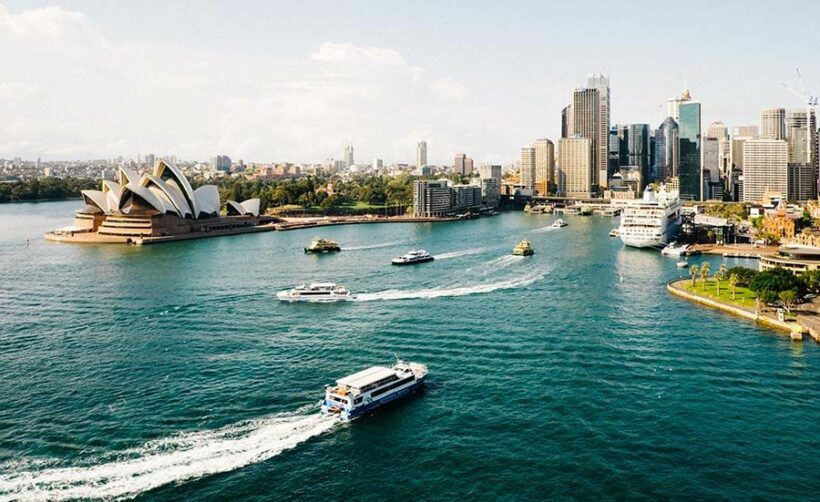 A spate of Covid-19 cases on Sydney’s northern beaches has prompted other Australian states to impose strict restrictions on arrivals from the region. With 28 new cases confirmed along the city’s northern beaches, and fears that number will grow, New South Wales Premier Gladys Berejiklian is calling for vigilance.

“Everyone in greater Sydney needs to be on high alert.”

Thai PBS World reports that officials are concerned cases may have spread to other parts of the city. New South Wales Chief Health Officer Kerry Chant says authorities are still trying to determine the source of the outbreak, as she urged around a quarter of a million residents in the affected areas to remain at home for 3 days.

“My anxiety is we have not found the direct transmission route and we cannot be sure we have blocked the transmission line.”

Holiday travel plans have been upended for countless people, with many rushing to Sydney airport in an attempt to flee the state. But the states of Queensland, Victoria and the Northern Territory now require arrivals who have been on Sydney’s northern beaches to quarantine for 14 days, while Western Australia requires this of anyone arriving from any part of NSW.

Meanwhile, the island state of Tasmania has shut its borders to anyone who has been on Sydney’s northern beaches since December 11, while Queensland Premier Annastacia Palaszczuk advises them not to try coming to the Sunshine State.

Australia has been here before, with the southern state of Victoria entering a state of emergency in August and Melbourne residents enduring a 112-day lockdown after a spike in Covid-19 cases. Last month, South Australia also found itself in a strict lockdown in an attempt to contain a cluster of infections. That lockdown ended early when it was revealed an infected pizza parlour worker lied about how he contracted the virus.

The latest developments in New South Wales cast doubt on Australian hopes of a quick economic recovery, as well as coming as a blow to domestic carriers such as Qantas and Virgin Australia. Australia has now recorded over 28,000 Covid-19 cases, with 908 deaths.