Thailand’s Department of Land Transport announced today that four southern provinces – Pattani, Yala, Narathiwat and Phuket – are closed to all public transport, except essential goods vehicles, medical and government vehicles, after witnessing an increasing number of Covid-19 coronavirus patients. Director-general Jirut Wisanjit made the announcement and the closures began today (Monday, March 30) to help prevent the virus from spreading.

So no public transport, at all, can travel in or out of those four southern provinces.

The measure follows Phuket Governor Phakkhaphong Thawiphat’s announcement yesterday that all modes of transport except air would be halted until April 30 in order to prevent the spread of Covid-19. Air travel will also be halted on April 10.

Meanwhile, the Department of Airports has suspended services at Narathiwat Airport due to the pandemic, according its director-general Tawee Gasisam-ang. 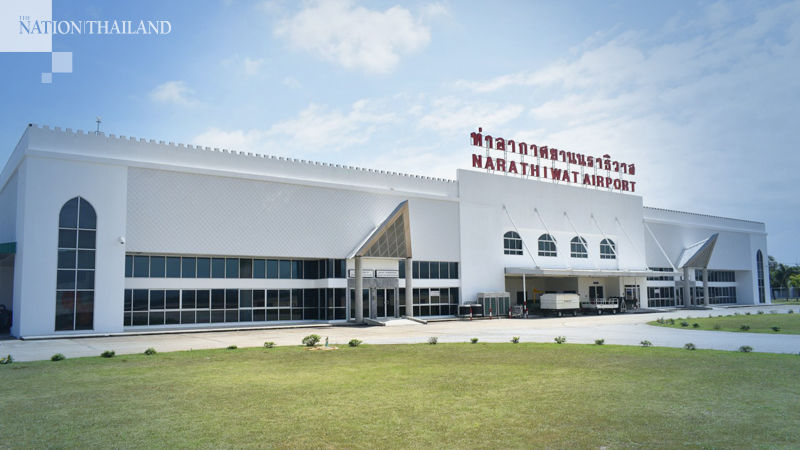 In response to the provincial governor closing some locations, the airport shut its doors from yesterday and will remain closed “until the virus situation is resolved.”

Passengers who have booked Thai AirAsia or Thai Smile tickets have the following options :

• Change to another domestic route and schedule travel within October 31 with no service charge;

• Register under Big ID for a new booking with the flight being in the next 365 days;

• Refund tickets via www.airasia.com (though according to the airline you might not receive a full refund).

• Change your route or schedule another flight without a fee.

In another development Deputy PM Wissanu Krea-ngam said today that Thailand Post will deliver 2.3 million face masks across the country, starting this evening.

He says that the 11 manufacturers nationwide can now produce 2.3 million masks a day. Of that total, 1.3 million will be given to the Public Health Ministry for healthcare workers while the Interior Ministry will take the balance of 1 million for distribution to village health volunteers and officials providing services to the public.

The distribution of masks will gradually expand to cover the general public, while exports will be banned without permission.

Wissanu added that the Finance Ministry is working out a plan to lower import taxes on medical equipment, after cutting the import tax on masks to zero. He denied a report that the government had prepared a plane to repatriate Thais stranded in Italy.

Government aims to limit travel around Thailand by 90%