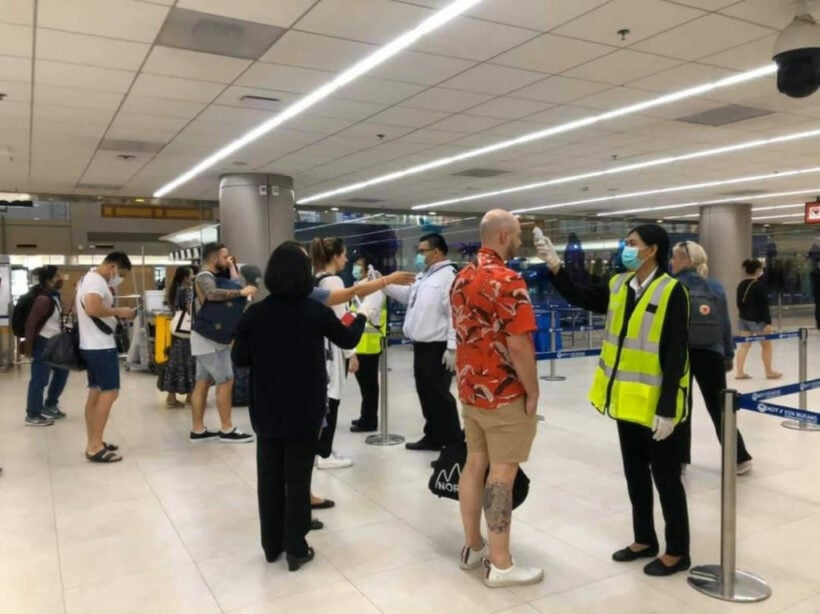 The Public Health Minister says concern from members of the public have led the government to shelve plans to reduce quarantine for overseas arrivals from 14 days to 10. Anutin Charnvirakul’s statement comes after a number of infections that have left officials a bit perplexed.

One involves a woman recently returned from France who tested positive for Covid-19 after she’d completed her quarantine period and travelled to Koh Samui. Another is the case of an Indian man in Krabi province who was found to be infected, despite no recent international travel, and the Hungarian Foreign Minister and Hungarian diplomat, both of whom tested positive in Bangkok. Yesterday, it was revealed a South Korean soldier had tested positive after returning home from a training exercise in the eastern province of Rayong.

The government had been considering a proposal from a sub-committee of its Covid-19 task force, to cut 4 days from the mandatory quarantine period for arrivals from “low-risk” countries. However, the latest developments, coupled with netizens expressing their concerns on social media, mean the proposed reduction has been dropped.

While acknowledging that the decision will not help efforts to revive foreign tourism, Anutin says the health and safety of Thai residents must take priority.