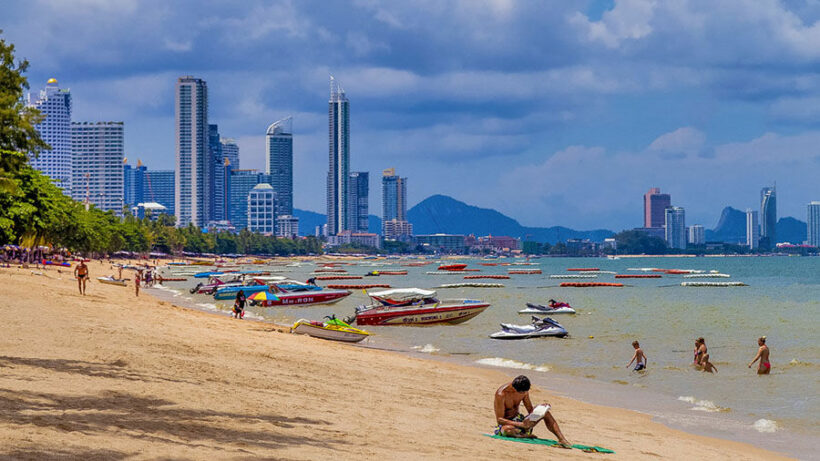 Police in Pattaya are warning beach-goers that a ban on parties and the consumption of alcohol on the city’s beaches remains in force. Officers are monitoring all local beaches, particularly at weekends, when numbers increase, issuing reminders that, in addition to the ban on alcohol, people must not mingle outside their own group and must wear masks when not in the water. A report in The Pattaya News says most beach-goers appear to have abandoned mask-wearing, and an increasing number of beer bottles can now be seen on the city’s beaches.

Police say they are primarily issuing gentle reminders, but they do have the authority to invoke severe penalties until the current emergency decree. These include up to 2 years’ imprisonment and/or a fine of up to 100,000 baht.

In addition to a visible flouting of the rules, there has also been a marked increase in the amount of trash appearing on beaches since the nightly curfew ended, a possible sign that people may be gathering at night. Authorities continue to ask beach-goers to take their trash home with them, although there appears to be no enforcement of this. And, as with elsewhere in Thailand, most of Pattaya’s beaches lack any form of bin or place to dispose rubbish.

Based on data from yesterday, Thailand has now gone 27 days without a new case of community transmission of the virus. If, as hoped, that increases to 28 today, the country will have gone 2 incubation cycles without a locally transmitted case (new cases continue to be detected among those in state quarantine, having returned from overseas).

However, officials say this is no reason to be complacent and they continue to recommend the wearing of face-masks and adhering to social distancing rules.