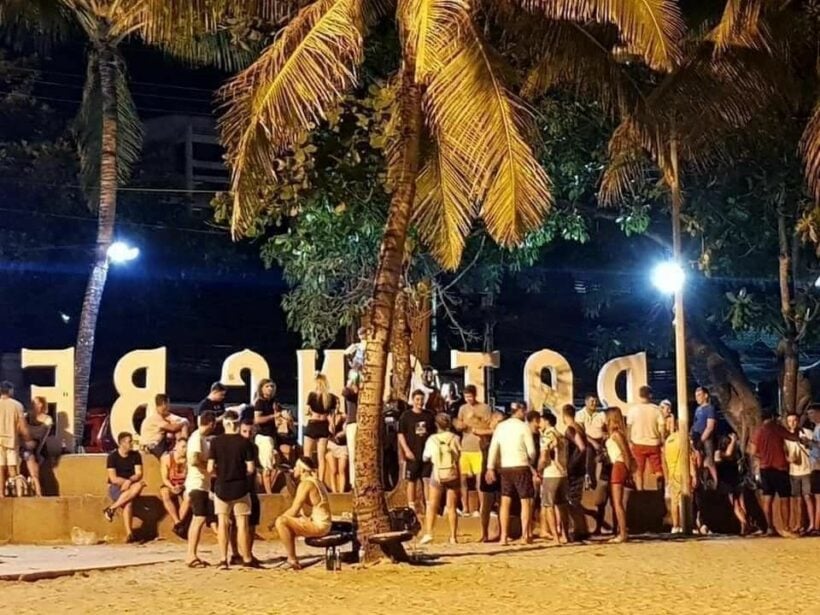 The southern island province of Phuket confirmed 13 new cases of the Covid-19 coronavirus today (Friday), bringing the total there to exactly 100. Most appear to have originated in the island’s Patong area, largely from the Bangla Road red light district.

The town of Patong was placed on unofficial curfew Wednesday as its governor issued a public decree urging residents to stay in their homes at all cost, and promising delivery of necessities to those in need to keep them from venturing out.

Details of the new cases…

Case 88: A 25 year old Hungarian man, a tourist who came in November. He has a history of visiting Bangla Road and close contact with others. He fell sick on March 26 and 35 of his contacts are considered at high risk and are being sought by authorities.

Case 89: A 62 year old German man, tourist in Phuket for many months. He too has a  history of visiting Bangla Road, and had close contact with confirmed case, a Thai national who tested positive in Bangkok. Fortunately, in this case no one else is considered at risk

Case 91: A 56 year old Thai woman, an accountant in a hotel in Nai Harn who had contact with foreigners and with confirmed case 63. She fell sick on March 14, 12 people are at risk

Case 92: A 63 year old Thai woman, a worker at a restaurant at Patong Beach. She had close contact with foreigners and fell sick on March 24, 8 people are considered at high risk.

Case 93: A 46 year old Thai woman, a masseuse in Patong who often visited Bangla Road. She had close contact with foreigners and with Case 52. She got sick on March 18, 5 people are considered at risk.

Case 94: A Thai man, aged 54, a welder who had close contact with a foreign customer. He became sick on March 18 6 people are considered at risk.

Cases 95-97: All had close contact with the same Patong masseuse, Case 81

Cases 98-100: All had confirmed contact in Pakistan with a man who died on a train in Narathwat province and was later found to be infected. The 3 travelled back to Thailand from Pakistan via on March 29. 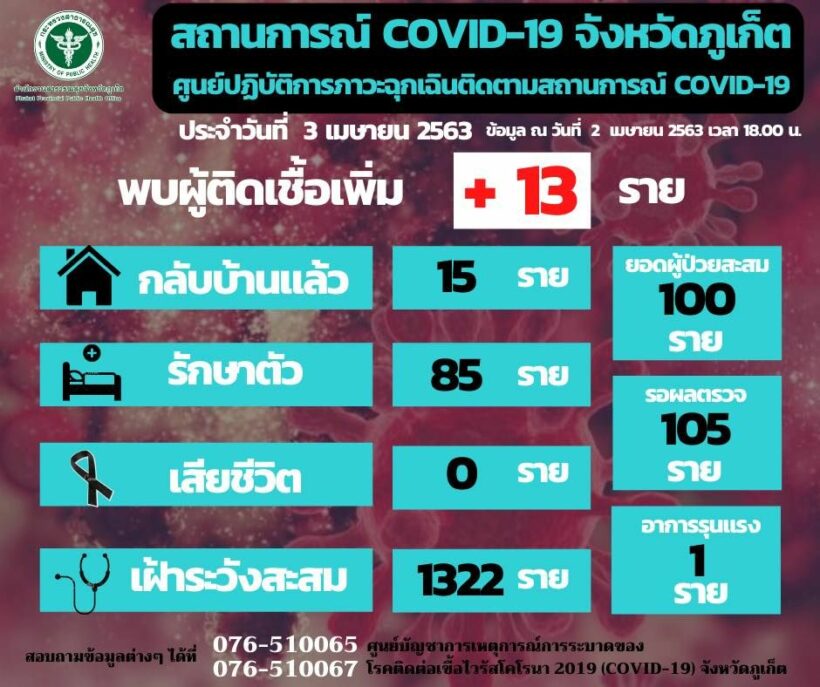