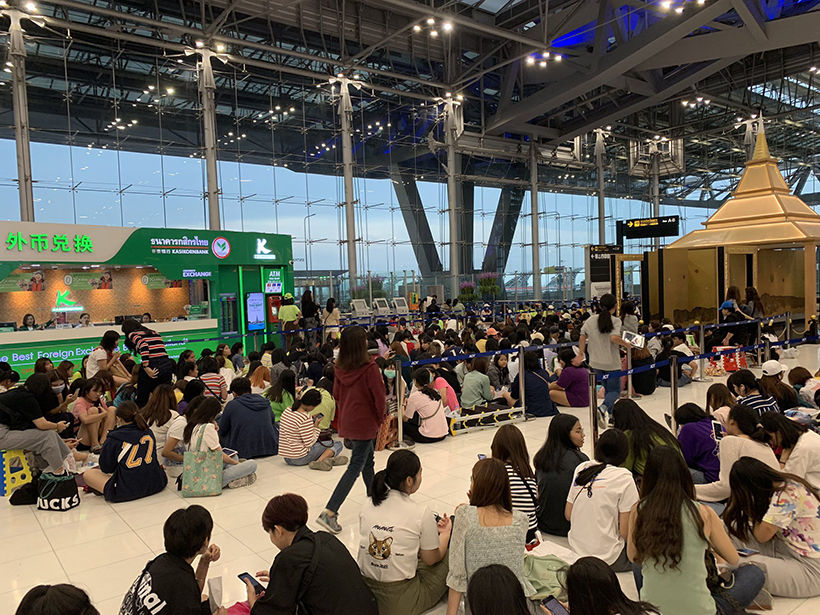 “No one will be allowed to arrive masquerading as a businessperson in order to go on holiday.”

Thailand’s public health minister and deputy PM Anutin Charnvirakul said yesterday that businesspeople, international students and ‘experts’ will be the first groups of foreigners allowed to reenter Thailand next month under the travel bubble model.

Anutin revealed the timetable after discussing a travel bubble with Japan’s ambassador to Thailand. He says the ambassadors of many countries want to discuss travel bubbles with him, to allow trips from their countries in a manner that can keep Covid-19 at bay.

“Businesses should not panic because tourists will have not been allowed to reenter Thailand yet. Businesspeople and experts will arrive first.”

After his meeting with the Japanese ambassador, Anutin told reporters they discussed the requirements for Japanese visitors: to clearly set the duration of their stay and also their whereabouts.

“They will not be allowed to travel throughout the country freely, must have “fit-to-fly health” certificates and must also report to the companies where they would work.”

“Without movement, the economy will stall. Covid-19 does not kill the economy, but the immobility of businesspeople does… We will try to start the travel bubble in July.”

Anutin says PM Prayut Chan-o-cha is aware of the travel bubble plan, and stressed that no one will be allowed to arrive masquerading as a businessperson in order to go on holiday. He says the Centre for Covid-19 Situation Administration will consider the plan next week,

The PM has told relevant officials to prioritise public safety in an effort to push the travel bubble policy forward.

According to the Bangkok Post, Dr Taweesilp Visanuyothin, spokesman for the CCSA, said that travel bubbles will begin with businesspeople, skilled workers, machinery experts, medical tourists, teachers of international schools and also those holding work permits.