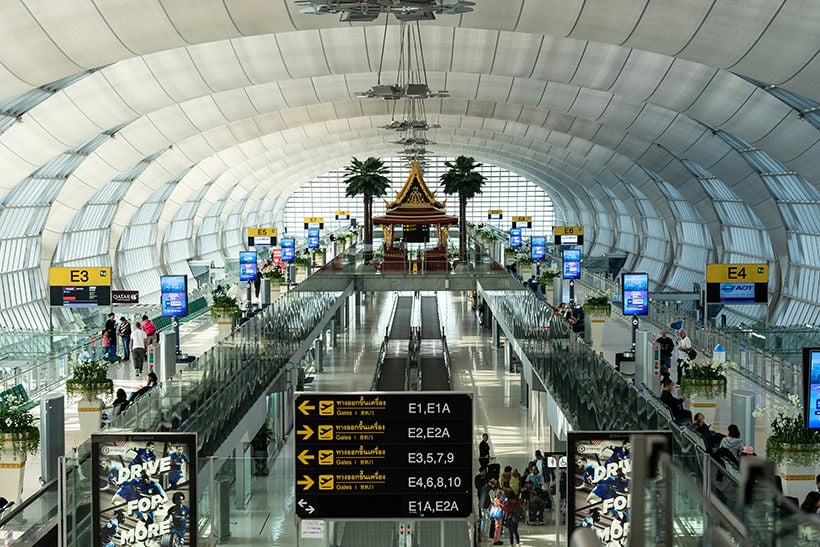 “Recovery of international routes will depend on how quickly a vaccine or antiviral drugs can be made available.”

The president of Airports of Thailand, Nitinai Sirismatthakarn, says air travel should be back to pre-Covid19 levels by October 2021. Yes, 18 months away. But for the rest of this year, the Thai aviation sector is expecting a significant drop in flights and passenger numbers.

“Total flights and passengers will drop by 44.9% and 53.1% respectively, due to the Covid-19 pandemic,” he said to Nation Thailand.

“Meanwhile, Thailand’s important destination countries are countries in the Asia-Pacific region which account for over 80% of our travel.”

The AoT predicts a total resurgence of 493,800 flights and approximately 66.58 million passengers between October 2019 and September 2020. The assumptions are made based on the resumption of a limited number of domestic flights in May and then a slow ramping up of flight schedules.

According to Nation Thailand, containment of the Covid-19 virus dependent on varying measures adopted by different countries, some more stringent than others. It’s predicted that the domestic flight sector will recover first, as recovery of international routes will depend on how quickly a vaccine or antiviral drugs can be made available.

Thousands of tourists stranded on a trio of Gulf islands