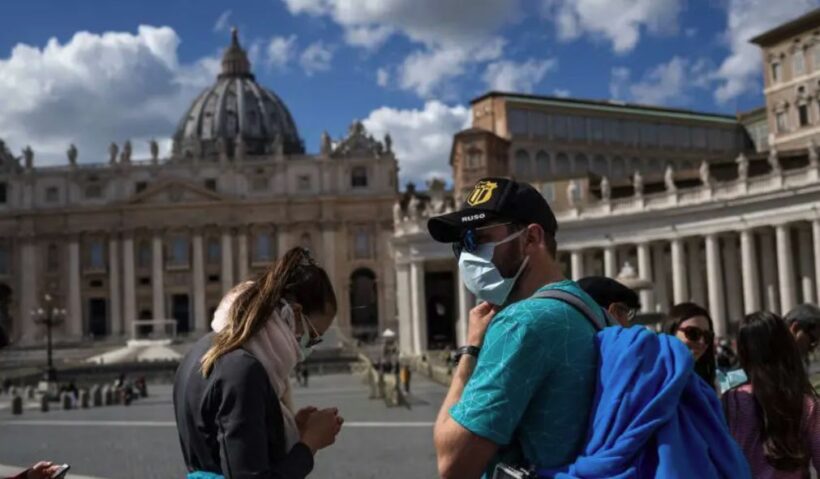 As the World Health Organisation declares the Covid-19 coronavirus a global pandemic, there are now 126,380 cases, resulting in 4,634 deaths, with 68,310 people fully recovered. The focus of new outbreaks has moved away from China and to the European continent and the US. The current death rate is 3.7%.

Here are snippets of the latest news from around the world…

• Thailand now has a total of 70 Covid-19 Coronavirus cases with the announcement yesterday of six new confirmed patients and another 11 announced this morning. In their daily briefings the Thai Ministry of Public Health added that 34 cases had now fully recovered. One person has died of the disease in Thailand.

And Thailand confirmed eleven more cases of the virus today at a press conference from the Ministry of Public Health and the Department of Disease Control. The eleven were at a party in a single closed room sharing drinks and cigarettes with a Hong Kong national who has since returned to Hong Kong, officials stated to the press today. The party occurred around February 21. Officials are tracing and quarantining all contacts from the group.

• China’s National Health Commission announced there were 15 new confirmed cases yesterday, with 8 of them in Hubei province. Across the country there was only a total of 18 new cases in the past 24 hours and 11 new deaths

• Malaysian authorities are trying to track down 5,000 citizens who could have been exposed to the coronavirus at a religious event in the suburbs of Kuala Lumpur. A 53 year old man from neighbouring Brunei, who had attended the event, was confirmed this week to have been infected by the virus. The religious event took place at a mosque between February 27 and March 1.

• Italy’s confirmed cases reached 12,462, with a worrying death toll of 827. The country is now in a self-imposed quasi-lockdown, mainly focussing on the movement and behaviours of Italians around the country. But many countries have already

• France (2,281 cases) and Spain (2,277 cases) have both announced additional measures to try and curb the spread of the virus.

• India has now banned most foreign travellers until at least April 15. India has so far only confirmed 62 cases. The Indian government has suspended almost all visas and closed land borders with neighbouring Myanmar. Incoming visitors, including Indian nationals, who arrive or have visited China, Italy, Iran, South Korea, France, Spain, and Germany after February 15 will be quarantined for at least 14 days.

• At least 1,329 people in the US have tested positive for the virus, and at least 38 have died. The Governor of Washington has banned gatherings of 250 or more people in the Seattle area.

• Britain’s health minister confirmed she tested positive, two days after she attended a reception at the official residence of UK PM Boris Johnson.

• US President Donald Trump said the USA is suspending all travel from Europe to the US for 30 days, and that the new rules come into effect on Friday night.

• Actor Tom Hanks and his wife Rita Wilson have tested positive for the coronavirus, Hanks confirmed via Instagram yesterday. They were in Australia for the pre-production of Baz Luhrmann’s currently untitled Elvis Presley film from Warner Bros. Hanks is set to play Presley’s longtime manager Colonel Tom Parker.

• Tech company Twitter has sent its 4,900 person workforce home. Employees from around the world have been told to work from home from now on. The move is “mandatory”. Twitter says it has a “responsibility to support our communities, and those who are vulnerable.” Twitter says they will continue to pay contractors and hourly workers who are not able to perform their duties while working from home.

• Australia unveiled a A$17.6 billion (US$11.4 billion) stimulus package to tackle the economic impact of the global pandemic on the Australian economy. Meanwhile, Australia’s S&P/ASX 200 was down 5.51%.

• Guatemala has banned Europeans from entering the country.

Singapore Covid-19 patients to have their meals, medicine delivered by robot.