Yesterday, the Queen’s birthday and a public holiday, saw many of Thailand’s popular beaches heaving with visitors as they reopened for the first time since their closure by the Emergency Decree in March. People across the country took advantage of the easing of inter-provincial travel restrictions that took effect Monday. Chon Buri’s Bang Saen beach in Chon Buri was almost spilling over into the streets.

By the afternoon traffic jams extended more than 2 kilometres on roads leading to the beach, prompting Saen Suk municipality’s mayor to temporarily close them to clear the tailbacks and control visitor numbers. On his Facebook page, he explained the beach was too packed, making it virtually impossible to observe social distancing guidelines. He also posted aerial pictures of the beach showing vehicles blocking the entire stretch of road next to the beach. 3 of the road’s 4 lanes were clogged by parked cars.

Stressing that rules must be enforced, the mayor said that from today vendors and food hawkers can resume their trade along the beach, but the sale of alcohol will still be banned.

• 7 areas on the beach will be free of beach chairs, and where chairs are allowed, there must be plenty of space between them

• visitors are required to wear face masks at all times

Bang Saen beach, which attracts a lot of weekenders because it’s the nearest beach to Bangkok, will be closed on Mondays for cleaning. The municipal office says beach chairs may only be used on the beach on weekends.

Under the “new normal” regulations, visitors to all beaches must wear masks at all times while on the beach and leave by 11pm. It’s reported that at the busiest time yesterday, at least 5,000 visitors were at Bang Saen beach, and most had driven there. The mayor says authorities will block traffic on roads leading to it when necessary to control the numbers. The number of beachgoers sparked fears of a possible resurgence of Covid-19 infections.

• beaches in Hua Hin also churned back to life as seaside vendors and restaurants once again welcomed customers, many of them locals.

• in the eastern province of Trat, ferries were back in business moving tourists between the mainland and islands including the popular Koh Chang.

• Koh Samet in Rayong, just east of Chon Buri, remains closed as it’s located in a national park, although local tourism associations have appealed to the Department of National Parks, Wildlife and Plant Conservation to reopen it. 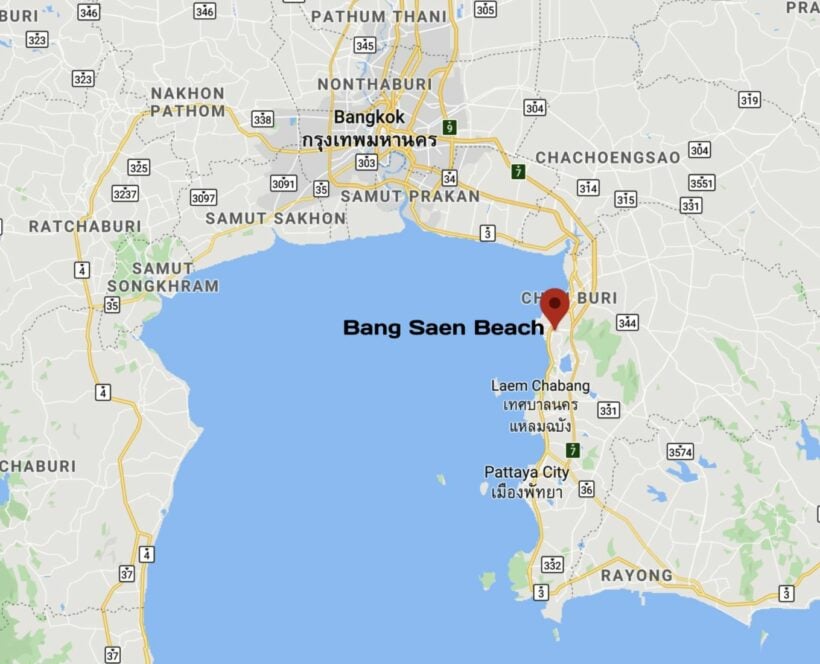