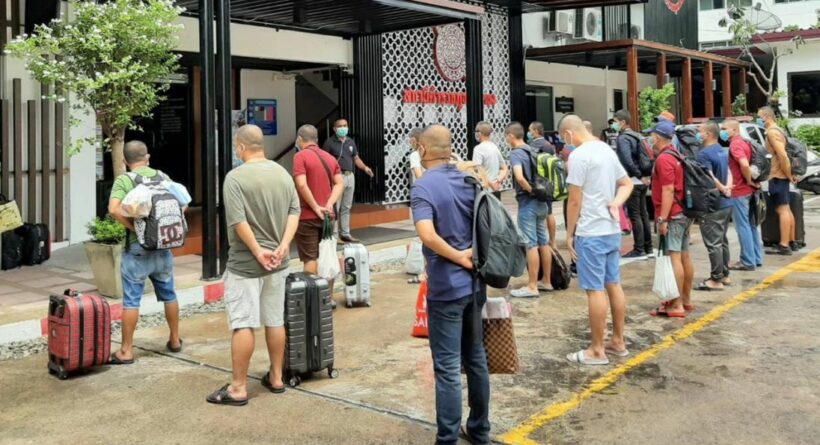 Today at around 1pm, 24 Patong police officers were placed under quarantine at a prominent three-star hotel on Rat U Thit Road, Patong. This was after a police officer was confirmed as one of the cases founded in Phuket yesterday. Read more HERE.

While 20 tested negative, 4 are still waiting on the results from supervising medical staff. Thai media report that in 7 days medical staff will once again test all police officers for the Covid-19 virus.

Most of the officers are being given their own room, but some are sharing. It’s also understood that this quarantine group will likely be followed up by another group in the next few days.

“As for the preventive measures, Patong police station will be deep cleaned and internal sterilisation to disinfect the virus with in the station.”