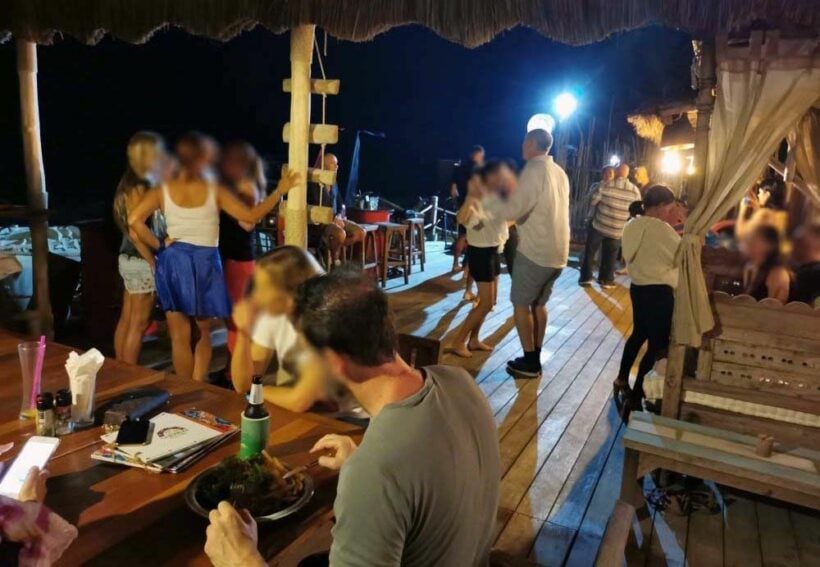 FILE PHOTO: La Bohemia Beach Lounge - What to do in Koh samui

22 foreigners and 2 Thai nationals have been arrested at a bar called La Bohemia on the Gulf island of Koh Samui last night. All were charged with breaking the emergency decree, which prohibits restaurants selling alcohol and gatherings of people.

Acting on a tip off from local residents, police from the Bo Phut police station raided the La Bohemia Beach Lounge in tambon Maret on the south-east corner of the island. The offenders were dancing and drinking alcohol, in contravention of the emergency decree.

A 24 year old Frenchman, Quentin Thioliet, was identified as the owner of the beer bar. 3 Burmese men were working as waiters, only one had a work permit. Mr. Thioliet was unable to produce a license to run the operation.