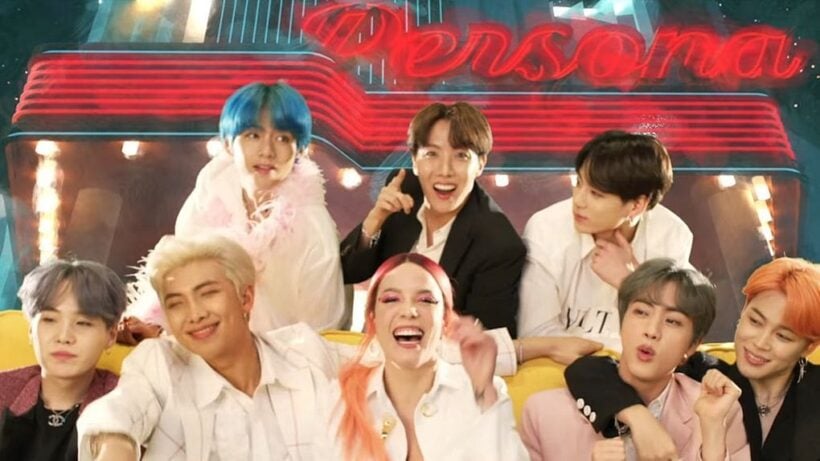 But that’s nothing compared to the impact of the new BTS release, a collaboration with American singer Halsey. “Boy with Luv” has amassed nearly 60 million views in its first 12 hours on its way to ??? by the end of the first 24 hours. Over 100 million?

And the song is mostly in Korean language, not English, so the worldwide popularity of the video has record industry executives choking on their double lattes this morning.

The video clip is a lush, highly stylised retro world of American diners and cinema frontages, paying homage to 50s Hollywood musicals. In their first major comeback for 2019 the South Korean septet have stuck to their formula of vibrant international pop with every member taking the spotlight at some stage during the video. 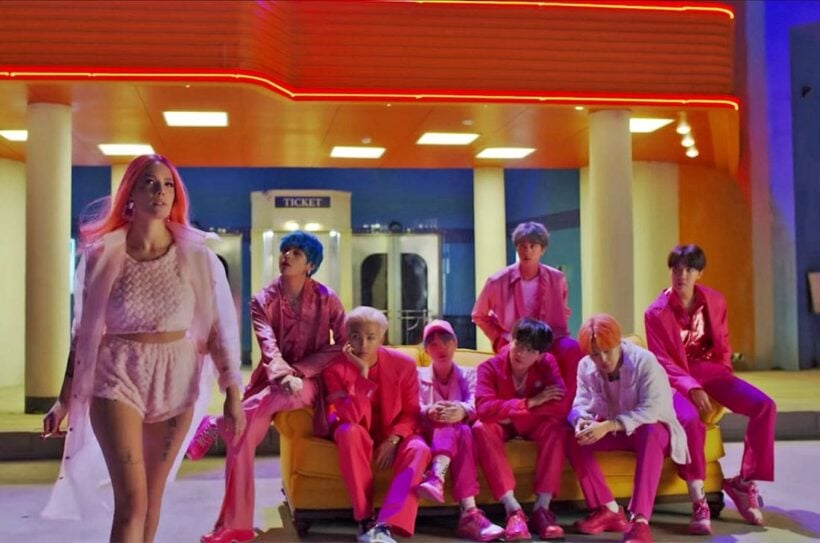 The “Boys With Luv” video exploded on YouTube immediately after its release, receiving over 4.8 million views in its first hour.

Although the song is officially titled as a collaboration with Halsey, YouTubers are wondering where she is most of the video by her vocals can be heard throughout the choruses. She has also been credited as one of the writing team (along with Hitman Bang, RM and Jungkook) in the credits under her real name ‘Ashley Frangipane‘

“Boy With Luv” is the first single in the long-awaited new album from BTS “Map of the Soul – Persona”. 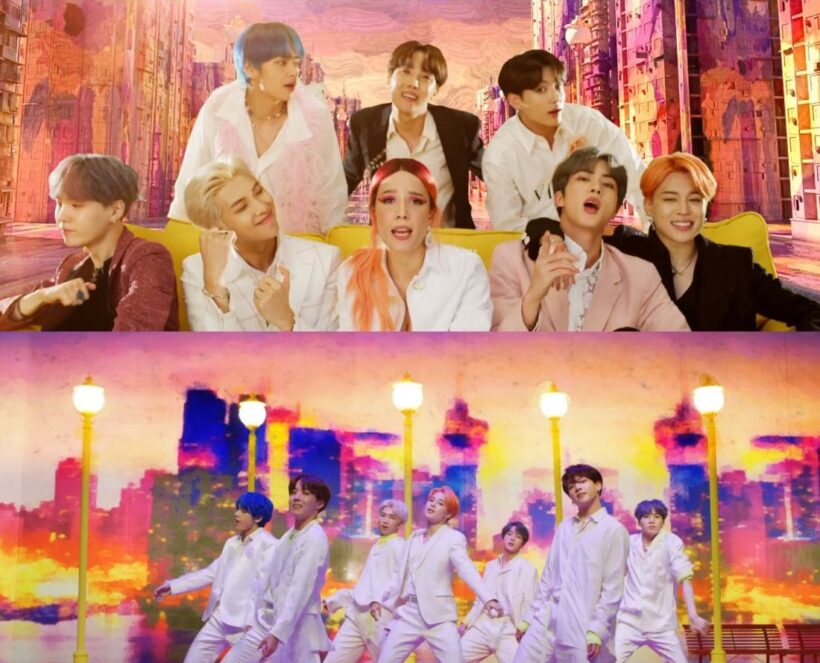