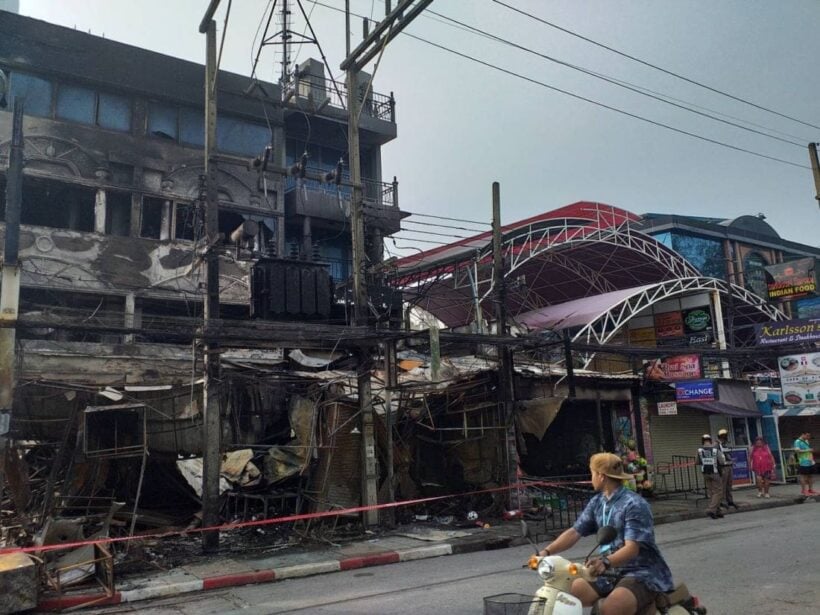 A fire started from a faulty electrical transformer in a loud and spectacular short-circuit, quickly escalating to engulf nearby roadside shops, causing damages estimated at 60 million baht.

Firefighters and emergency responders arrived at the scene of the growing fire at 7:40pm around Banana Walk on Thaweewong Road in Patong (the beach road).

Eight fire engines arrived at the scene where it took about three hours to totally control and extinguish the fire.

Patong Police Chief Col Anothai Jindamanee says, “At this stage we believed that the fire has started from an electric transformer. However the forensic police are continuing their investigation.”

About ten nearby clothing and souvenirs shops have been damaged or destroyed from the fire. We’re happy to report no death or injury resulted from the blaze. 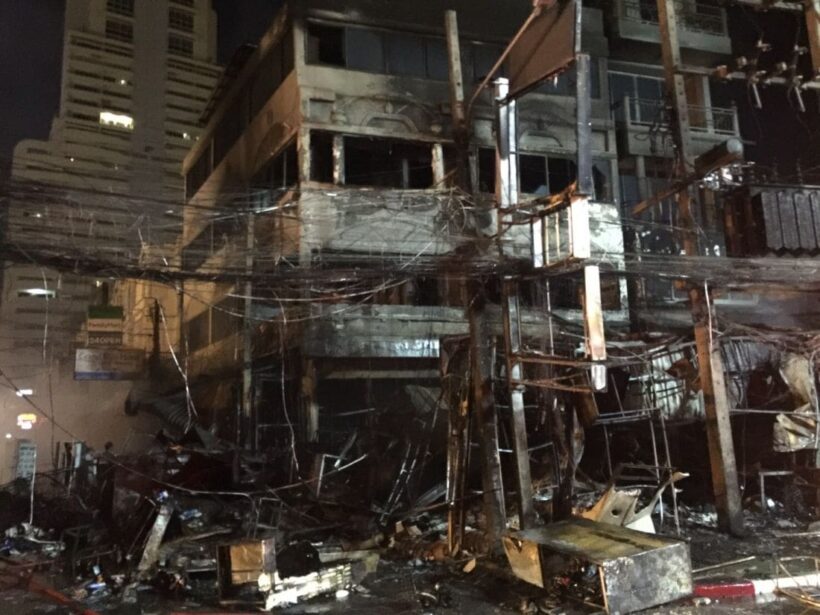 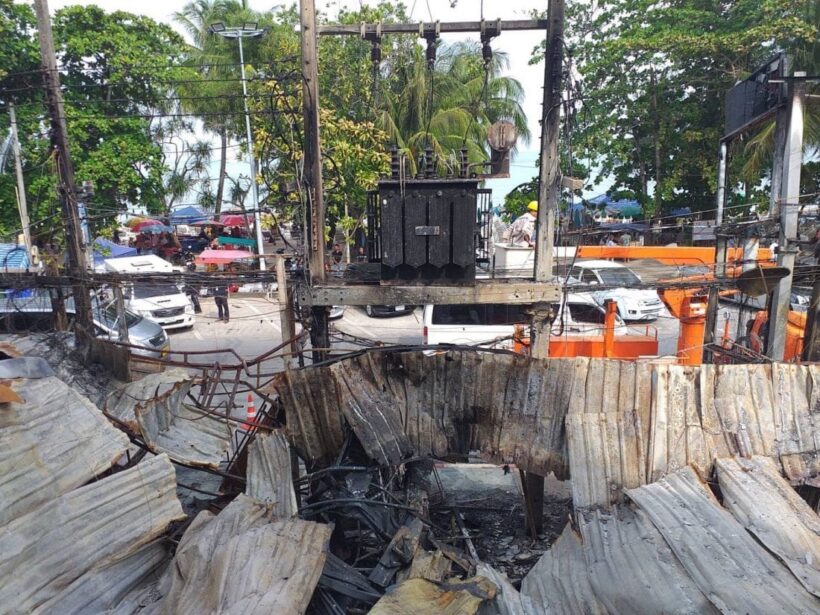 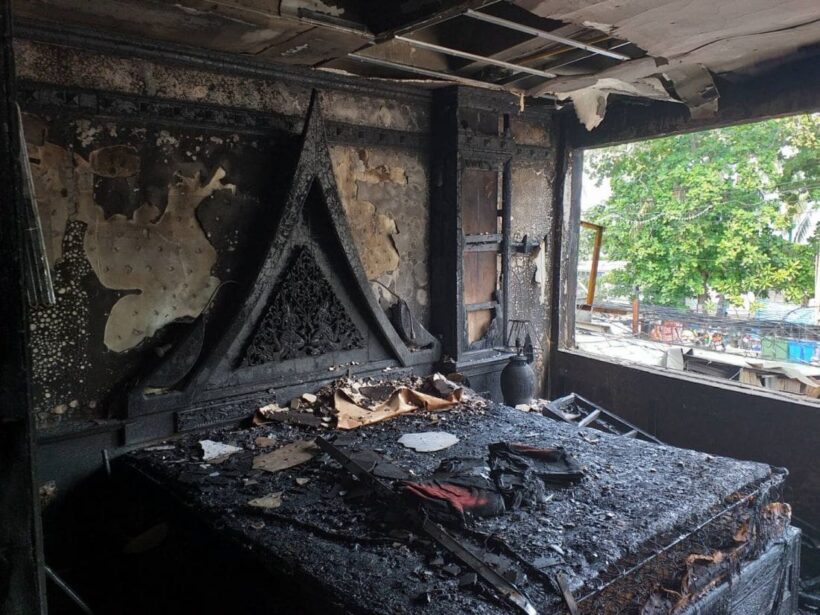 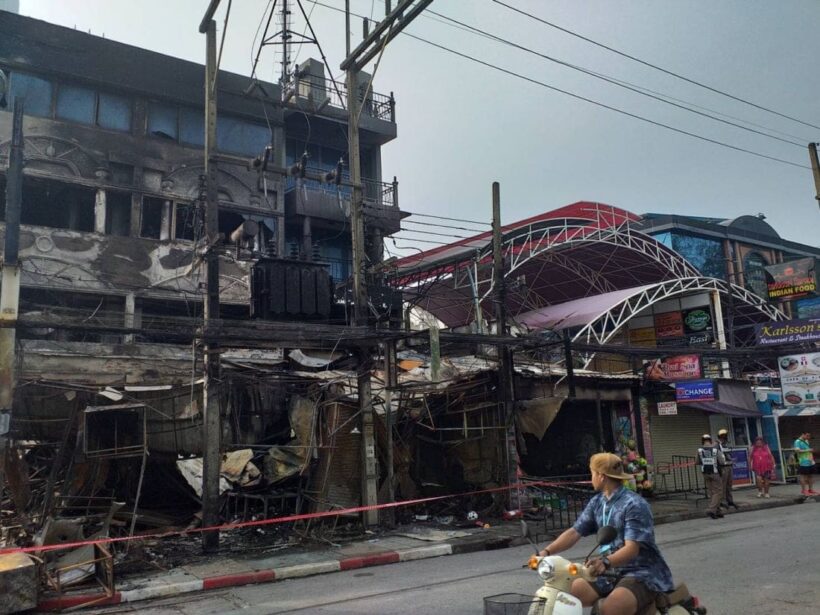 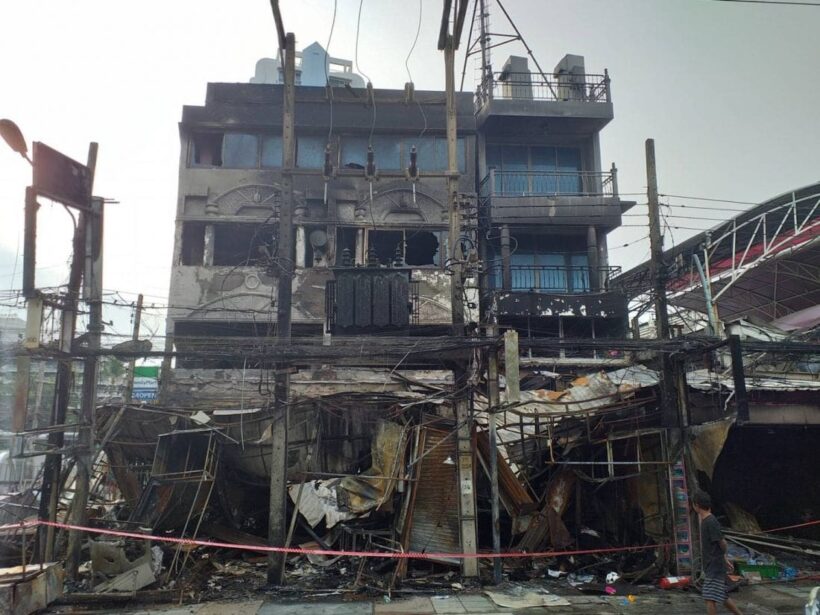 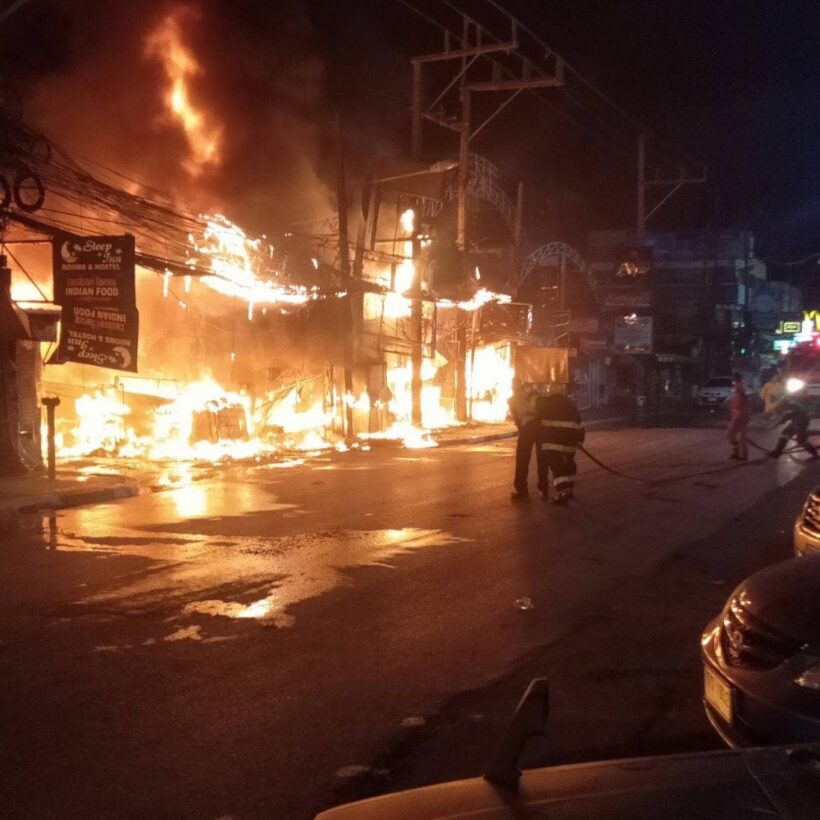