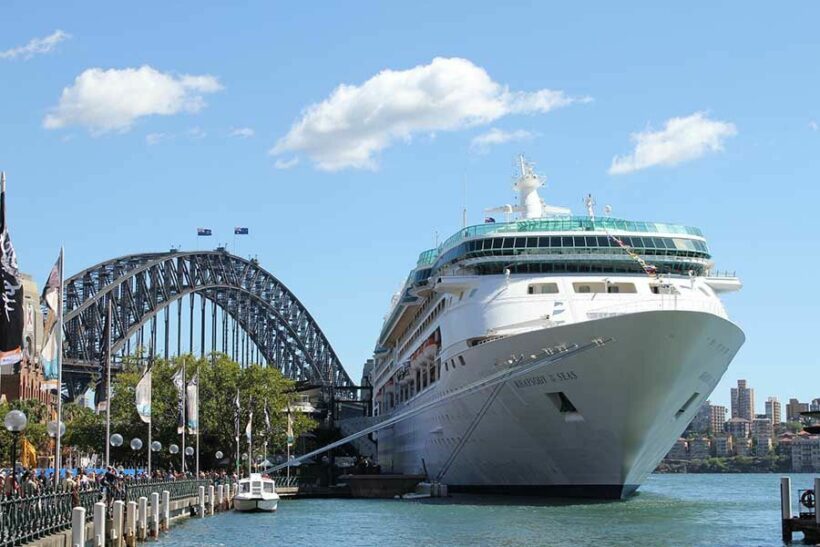 A cruise ship in Sydney prior to the pandemic - PHOTO: Flickr/Kristina D.C. Hoeppner

Cruise ships are returning to Australia, following the lifting of a 2-year Covid ban, according to an AFP report. The ban was implemented in March 2020 in a bid to prevent the importation of Covid-19. It ended this morning with the arrival of the Pacific Explorer into Sydney Harbour.

At the base of the Sydney Harbour Bridge, crowds gathered to welcome the ship, which sailed into the harbour bearing a banner that read, “We’re Home” and accompanied by tug-boats spraying jets of water. It’s nearly a month since the Pacific Explorer began the 18,000-kilometre journey from Cyprus back to Australia.

In March 2020, after the arrival of the Ruby Princess cruise ship sparked a Covid-19 outbreak that led to hundreds of infections and 28 deaths, many in care homes, Australia slapped a ban on international cruise ships. Since then, the Pacific Explorer and 2 other P&O-owned ships have been moored off the coast of Cyprus for most of the past year, waiting for their chance to return.

Lyndsey Gordon from P&O says bookings for Australian cruises are now nearly back at what they were before the pandemic.

“We now see the prospect of a near normal summer cruise season for 22-23.”

In pre-pandemic days, Australia welcomed around 350 cruise ships, carrying over 600,000 passengers. According to the Cruise Lines International Association, the industry generated revenue of around AU$5.2 billion (US$3.8 billion) for the country’s economy.

Vigo
Covid19 incubators. Who in his right mind would want to take a cruise knowing the horror stories? Get infected and you are quarantined/isolated in your cabin for the balance of the cruise. 10+days stuck in a small cabin that may…