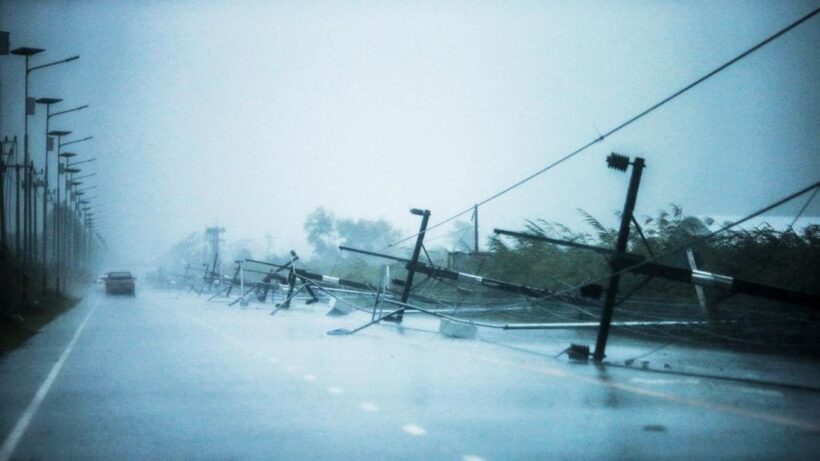 The Meteorological Department is reporting that the outer arms of tropical storm Pabuk made landfall at 12.45 pm along the coast of Pak Phanang, district of Nakhon Si Thammarat today.

The storm is weakening as it moves towards neighboring province Surat Thani to the north, moving at around 18 kilometers per hour, with maximum wind speeds of 75 kph at the centre of the storm.

The storm first reached the mainland in Laem Talumpuk in Pak Phanang, bringing with it powerful winds and torrential rain to many areas along the coast. Reports have come in of flooding in Pak Phanang as well as electricity poles and trees being brought down, as well as some damaged houses.

The department is warning of strong winds and heavy rain continuing throughout all southern provinces, while central provinces Prachuap Khiri Khan and Phetchaburi expecting gusty winds on Saturday as the storm keeps moving north-west and crossing the Malay Peninsula. 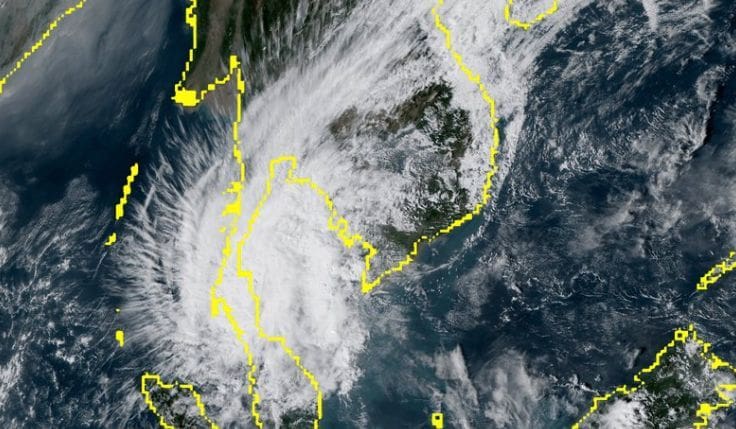