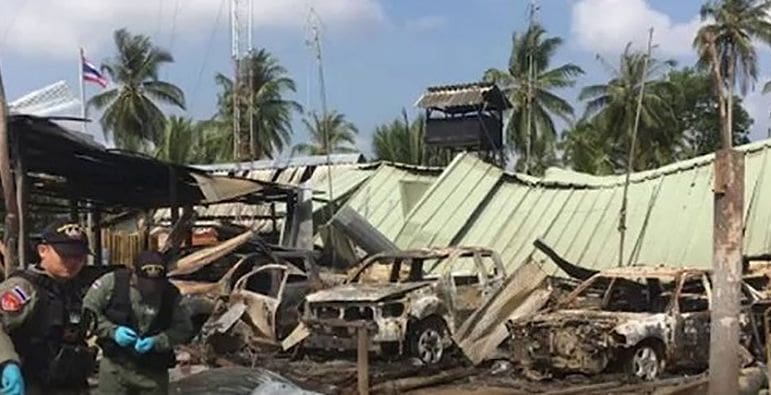 Three security officials have been injured in the latest bout of southern violence when armed militants attacked a border defence unit’s base near the Kolok River in the Tak Bai district in the southern province of Narathiwat on the Thai/Malaysian border.

Several houses and cars nearby were also damaged by the powerful IED (improvised explosive device).

Initial reports have revealed that a group of about 6 militants opened fire at the base with automatic weapons, followed by a powerful blast from a device attached to a motorcycle parked in front of the base.

Three suspects have been apprehended by security police and are being questioned.