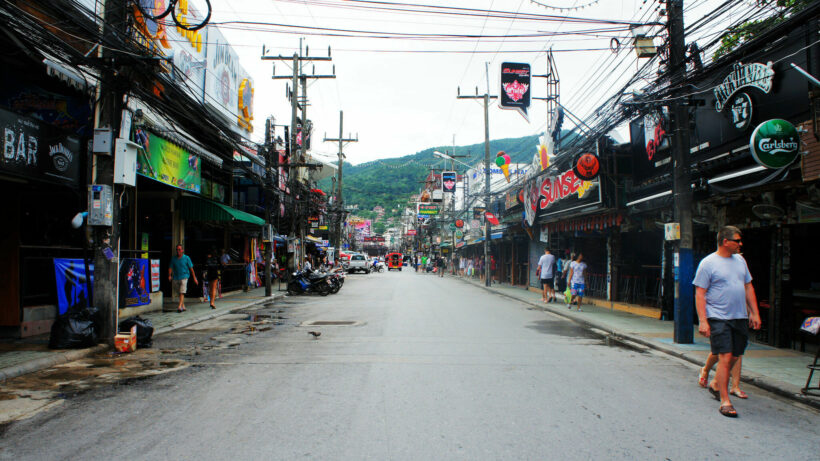 The governor of Phuket says the authorities and provincial officials are creating a command centre for the purpose of tracking and tracing foreign tourists under the island’s sandbox scheme. The island re-opens in 1 week’s time to vaccinated tourists from low to medium-risk countries.

According to a Pattaya News report, governor Narong Woonciew says a meeting was held yesterday between officials and operation centre officers, who plan to use “Phuket Smart city technology” to monitor the movements of international arrivals. Narong himself has been appointed incident commander, with various government agencies, military officers and the police contributing to the tracking of foreign tourists and Thai people who arrive on the southern island. Narong says the centre will be connected to all immigration checkpoints and public services on Phuket.

The governor adds that from July 1, all immigration checkpoints will be equipped with the necessary technology to screen people as they arrive, in a bid to control the spread of Covid-19 on the island.

Stardust
15 hours ago, Stonker said: Purely a personal view, but while I think it's one thing to deliberately flout the laws in your own country it's a very different thing to do so when abroad, either as a tourist or… Woifal
I think Thailand has chosen an island from America as a model for the so-called sandbox program. But I think Alcatraz is a bad role model for tourists.

Tjampman
12 hours ago, Stardust said: About the expats I think you have no clear view. Many of them have family there and many are already grandparents there and came long time before the coup and Prayut government. They made their…
Stardust
First who said to break the rules? And second you want to tell us all the expats wants to break the rules. They have companies here and pay sallaries and care for Thaifamilies, Thai people and pay taxes but should…
Stardust
9 hours ago, Tjampman said: Oh then it is totally OK to break the laws you don't like!? I don't understand your sentiment. I tend to not like foreigners in my country when they don't follow laws and behave badly.…