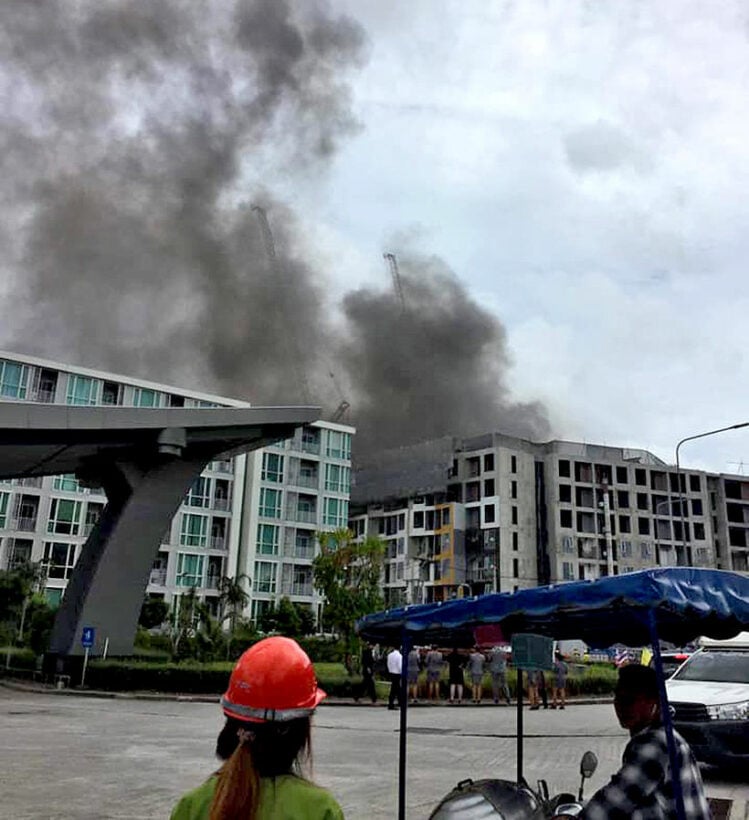 Investigators have not yet determined the cause of the fire that broke out at a building site behind Central Floresta yesterday afternoon. The fire caused the road, running behind the shopping mall – Muang Naka Road – on the same road as Headstart international school, to be closed off to traffic for several hours as emergency services battled to get the blaze under control.

Four fire units attended the blaze along with ambulances and police. One 29 year old contstruction worker was take to hospital with breathing difficulties.

The Base Central Phuket condo project was still under construction when it caught fire around 3pm. The fire is reported to have started on the ground level of the half-finished project.

Police have no idea what caused the fire to start – it burned billowing smoke into he sky for more than an hour.

Tim Newton reported on the blaze as it was underway from the roof of Central Floresta.

Posted by The Thaiger Phuket on Saturday, 10 August 2019