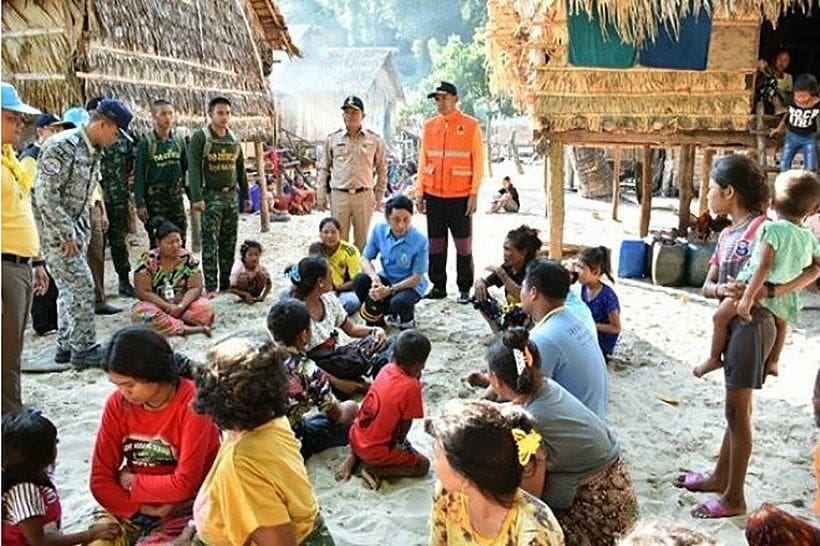 The devastation of the Moken village on Phang Nga’s Surin island last Sunday night can possibly be used as an opportunity to restore the traditional way of life for the sea gypsies. This assessment from academics after the blaze destroyed 61 houses and left 237 people homeless.

Maitree Jongkraijug, a coordinator with Chumchontai Foundation, said the villagers were currently staying at the Mu Ko Surin National Park’s headquarters and had already received enough food and other supplies from the Phang Nga Provincial Authority.

Narumon Arunotai, a lecturer at Chulalongkorn University’s Social Research Institute, says that allowing villagers to have a role in rebuilding their homes will also help them rebuild their lives.

“We should not just rebuild the homes and stop there. Instead we should use this as an opportunity to get the villagers to publicly discuss their problems and let them determine their own future,” she said.

“We should learn from the steps taken to restore Ban Namkhem after the 2004 tsunami, as the locals were allowed to take part in rebuilding their community and learned to help themselves instead of waiting for assistance from outside.”

She said the Moken village on Surin Tai island was very crowded, with houses built too close together – which is very different from sea gypsies’ traditional way of living a fair distance from each other. The tribe was moved to a crowded village on the coast of Ao Bon Yai Bay after the tsunami, and this put them at a high risk of fire.

Apart from being forced to live in cramped quarters, the gypsies were unable to follow their traditional livelihoods and also suffered from the adverse impact of tourism. Hence, Narumon said may be this devastating fire can mark a new beginning for them.

“We should have a coordinator who can mediate between the sea gypsies and aid providers from outside to ensure that the donations match the demands of the displaced villagers. This will prevent excessive aid that can generate waste on the island,” she said.

Donations for displaced Moken villagers can be made by transferring funds to Chumchontai Foundation’s Krungthai Bank account number 061-0-24961-4.