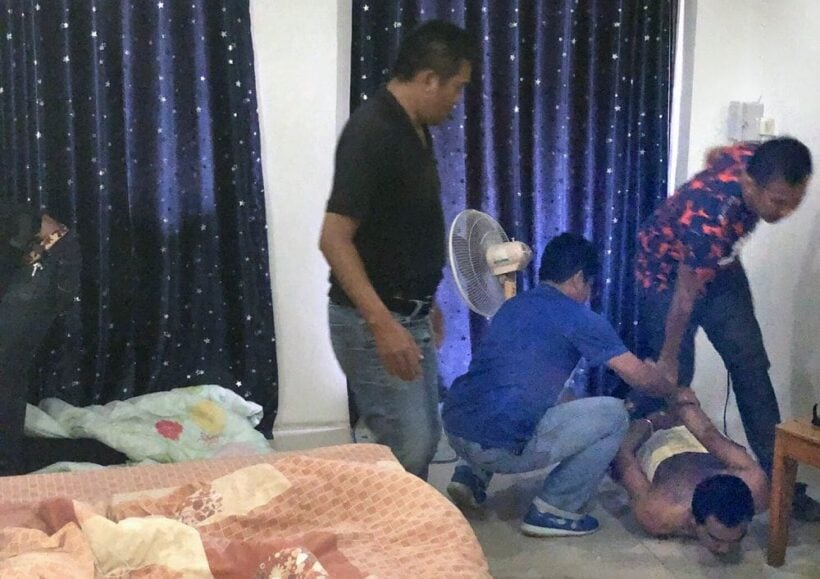 Pattaya Police have arrested two suspects who had reportedly taken an ‘oath of brotherhood’ while being in jail together, for alleged involvement in a series of burglaries at various homes around Pattaya City.

The pair were accused of breaking into people’s houses and robbing them of valuables. The latest such incident took place on August 7 at a house rented by a South Korean man, 39 year old Park Moon Sub. The burglars reportedly escaped with a safe box containing valuables worth approximately 50,000 baht.

A Police investigation identified the two male suspects from CCTV footage as Thanarath and Itthichai who fled on a motorcycle with a red licence plate. The pair were traced to a rented house in Soi Nong Yai 8. Following their arrest, the pair reportedly confessed to the crime and said they had become partners in crime and had taken a vow of brotherhood during their time in prison.

After their release in April, they conspired to commit burglaries at houses rented by foreigners around Pattaya.

The pair told police that they had robbed nine houses and had spent their ill-gotten gains on going out and gambling.