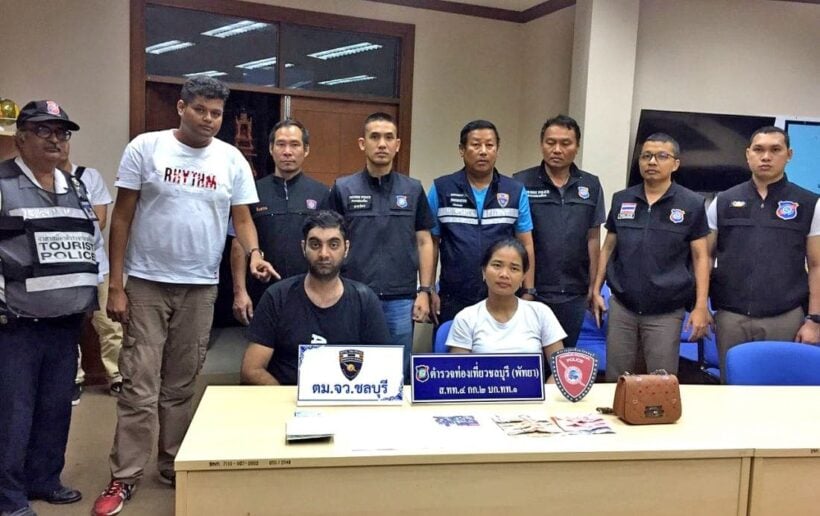 Pattaya police have arrested an Indian man and his Thai girlfriend for scamming an Indian tourist out of 6,000 baht in the early hours this morning. But there was a bonus arrest too.

Police were able to retrieve 5,350 baht from the two suspects.

Anupam told police that Singh approached him while he was wandering along walking street and persuaded him to go to a pub, saying that he knew the owner.

Anupam added that when the pub was handing out the bills at 1am, he was told he had to pay 5,521 baht, including the drinks for Singh and his girlfriend.

Singh then offered to talk to the pub owner to negotiate a 20% discount so Anupam handed him 6,000 to settle the bill.

When Singh left the table, his Thai companion excused herself, saying she was off to the bathroom and, you guessed it, the pair disappeared. Police later found them dining in a restaurant not far from the pub.

In a bonus for their morning’s work, Police also found that Singh had overstayed his visa by 724 days.