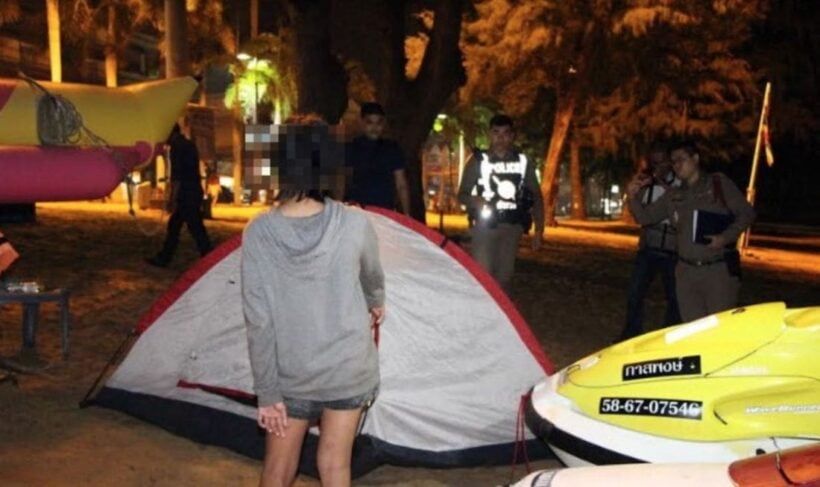 Police in Jomtien are investigating the alleged rape of a 14 year old girl at a beach south of Pattaya last night. Police say it is a well lit area but only have information that the rapist was a 20 – 25 year old with facial tattoos.

Sanook is reporting that the incident happened in a water sports zone where there are five jetskis kept.

The 14 year old says she was with friends when the man offered them 500 baht for sex. They group refused but the man then allegedly grabbed “Yui” and dragged her away to a nearby tent.

Her friends claim the man had a knife so they felt powerless to intervene. After the alleged rape took place the group reported the matter to the police. Sanook reports that a tent had already been put away when they arrived at the scene.

Investigating policeman, Capt Weerayut Kangkala, says that the victim was raped without a condom and given 40 baht after the encounter.

CCTV is being studied to help identify the man responsible.

Australian sentenced to death in Thailand on drug smuggling charges