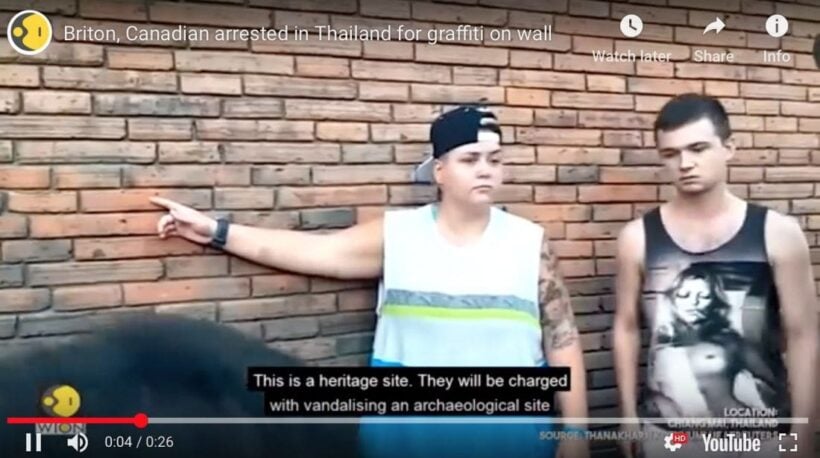 Canadian media is reporting that a Canadian citizen and a British man have been able to avoid jail time over the spray painting of the Tha Pae historical wall in Chiang Mai.

There was 10 years jail staring them in the face after police nabbed them over the matter. But instead of ten years in jail 22 year old Brittney Schneider and 23 year old Lee Furlong were given 100,000 baht fines  instead.

Brittney said on CBC that she had “learned her lesson and along with her mother had been doing lots of cultural things in Chiang Mai like visiting temples”.

She was “thrilled not to be blacklisted and would come back to Thailand one day as it was a great country”.

“I realize I’ve made a huge mistake, one that in most eyes is unforgivable. I’m beyond sorry for what I did, not because I got caught but because I painted on such a sacred wall. I realized a few seconds too late that what I was doing was not okay.

All I can do is try to move on and show I’m sorry, and be remorseful and try and give back as much as I can to this beautiful country”.

Lee Furlong, based in Liverpool, UK, hasn’t made any public statements regarding the fine.

The pair were caught on CCTV on October 19 spraying “Scouser Lee” and the letter “B” on the historic Chiang Mai wall. 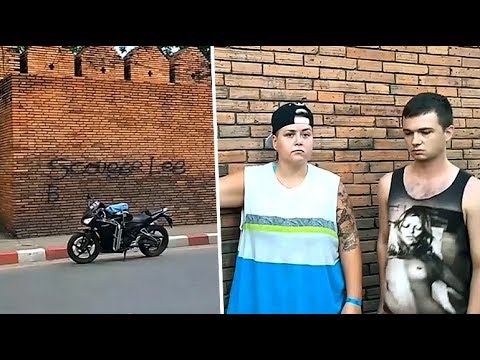