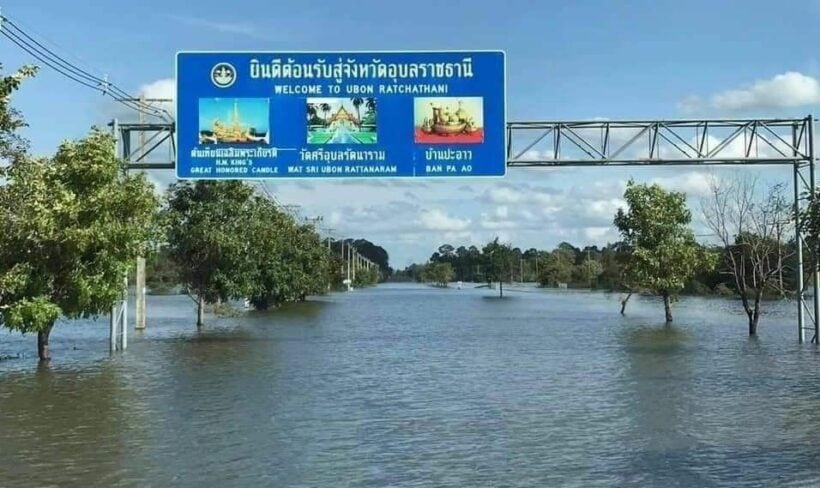 Flooding in Ubon Ratchathani, north-east Thailand, has been declared the worst in 17 years, with water levels in the Moon river beating the previous record set in 2002, and an additional 60 water pumps now installed.

Thai PBS World reports that widespread flooding has seriously affected many areas, with communities in low-lying areas cut off and surrounded by water. It’s understood that the road to the provincial airport is also under water.

Some residents in Pibun Mangsaharn and Warin Chamrab districts have had to move valuables to higher ground and two hotlines have been set up for people to call if they need help.

Meanwhile, a report examining the effects of tropical storms Podul and Kajiki says that widespread flooding has now affected about 400,000 households in nearly 7,000 villages, in 32 provinces. 30 people have died.