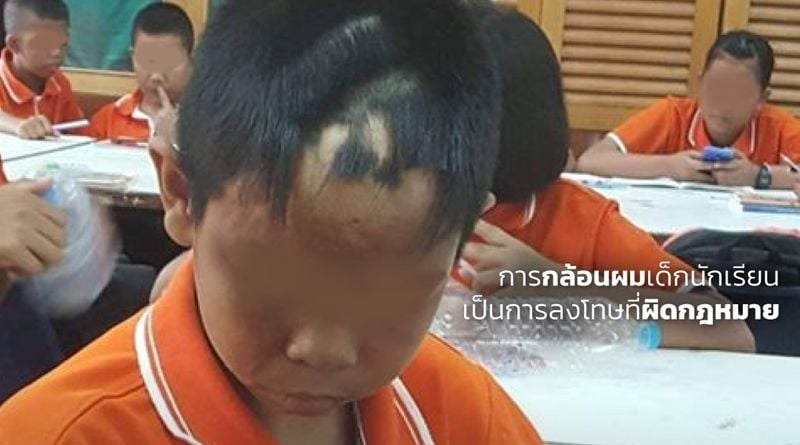 A teacher in Khon Kaen province in Issan is in hot water after she violated Ministry of Education guidelines by cutting a student’s hair.

The Thai Residents website reports that the teacher allegedly gave the pupil 120 baht to not tell his parents what she’d done. And although other teachers at the school didn’t agree with the teacher’s actions, none confronted her.

The cut was apparently not the best, exposing an old burn scar on the student’s face that he was self-conscious about.

The unwanted haircut came to light after the story was shared on a Thai Facebook page aimed at making positive improvements to the country’s education system and defending students’ rights.

After sharing the story, the page was contacted by the school, asking for it to be removed, but the page admins refused to do so.