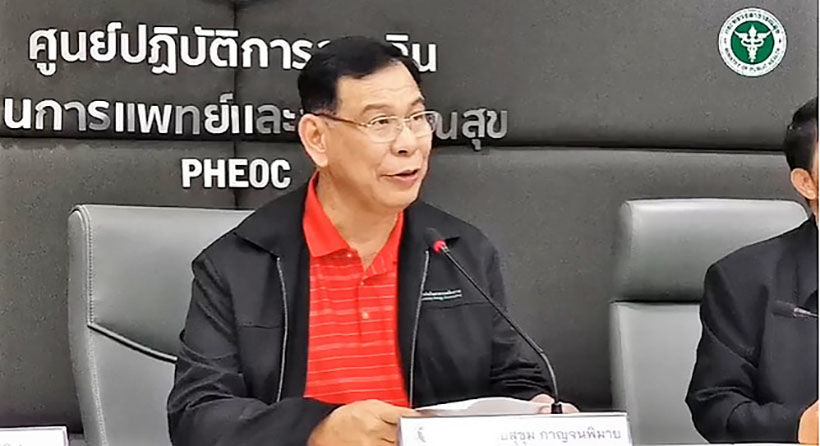 The director of Khon Kaen Provincial Hospital in north-east Thailand is threatening Public Health Permanent Secretary Dr. Sukhum Kanchanapimai with a lawsuit following allegations of corruption. Dr. Charnchai Chanvorachaikul was transferred to Chanthaburi province in the east of the country following unconfirmed reports of corruption relating to donations to the Hospital Development Fund.

Dr. Charnchai completely denies the allegations, which surfaced in an anonymous letter sent to Dr. Sukhum. Dr. Charnchai insists all spending of the fund’s donations were approved by the board and can be accounted for and checked at any stage. This includes 143 million baht raised by Thai celebrity Toon Body Slam’s charity runs.

He also addressed reports of the 5% commission pharmaceutical companies allegedly gave hospitals in return for medication procurement, pointing out that such practices were banned by Cabinet two years ago. He maintains he has never received any financial incentive from drug companies, adding that he testified to this effect at a government fact-finding committee in January.

According to a report in Thai PBS World, Dr. Charnchai also denies an allegation of witness intimidation, pointing out that as he has no knowledge of who the witnesses may be, he cannot threaten them. He is demanding to know why he is being transferred to Chanthaburi when as yet, there has been no investigation into the allegations against him.

He is expected to be replaced in Khon Kaen by Dr. Kriangsak Watcharanukulkiat, director of Pokklao Hospital in Chanthaburi. It’s understood that Dr. Sukhum originally wanted both medical practitioners to swap hospitals two years ago, but the order to do so was overruled by the Public Health Minister at the time.