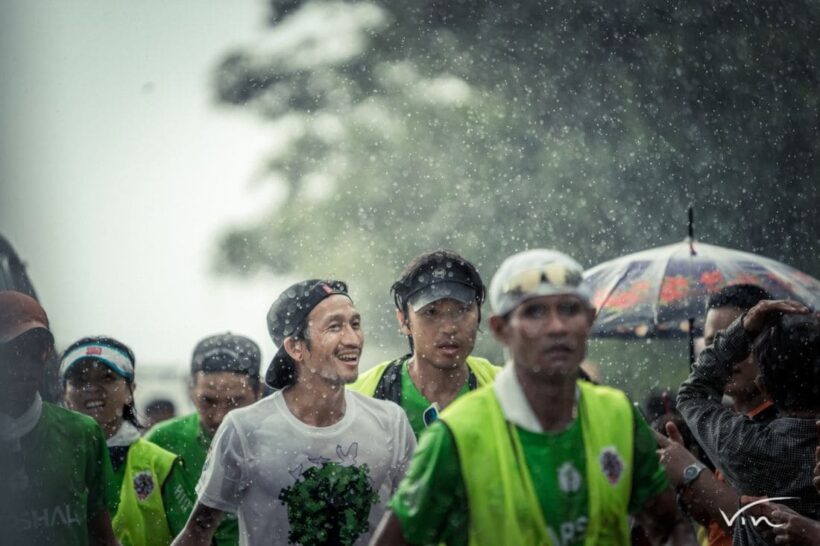 Such is the star-power and respect Thais have for rocker-turned-charity-warrior Artiwara “Toon” Kongmalai, that his latest fund-raising effort raised 15 million baht in the first hour of yesterday moorning’s run.

His latest project called Kao Kon La Kao-Kao Tor Pai Duay Palang Lek Lek Phak Isan (One step each by each person, move on with a small force in the Northeast) headed off early yesterday from Nong Khai in an effort to raise money for with Isaan public hospitals.

The popular ‘Bodyslam’ lead singer, along with his actress girlfriend Rachwin ‘Koi’ Wongviriya, actor Tanongsak Supakarn and other runners joined together for the first lap of the 10 kilometre run before handing off to actor Pakorn ‘Dome’ Lum to lead the next leg. Each of the laps were run by local and national celebrities, local dignitaries and officials, joining with Toon and the Kao Kon La Kao project. 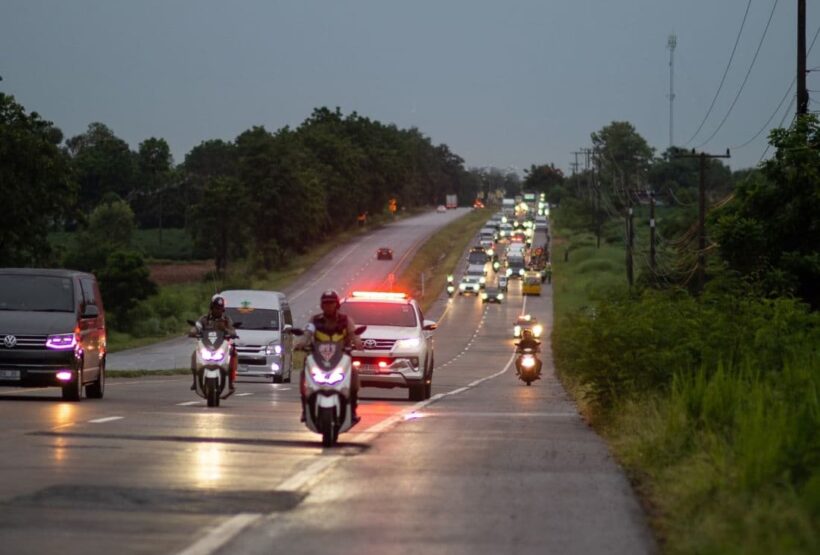 In 2017 he famously ran from from the southernmost to the northernmost tips of Thailand, raising money for some of the country’s poorer hospitals – from Betong in Yala province to Mae Sai in Chiang Rai in the north.

The “Kao Kon La Kao” run covered 2,215 kilometres. It was an epic and inspirational marathon raising more than a billion baht and turning the rock star into a national treasure and philanthropist.

Meanwhile, yesterday, in just the first hour of the run, donations rose to 15 million baht. The weekend’s runs have been travelling from Nong Khai to Khon Kaen.

You can see Toon and Bodyslam in action below…